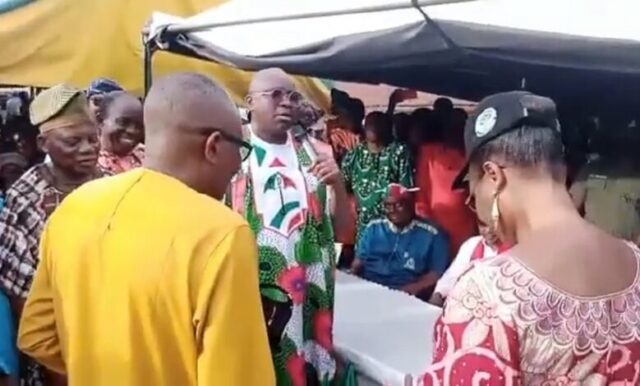 Fayose had been spotted in a viral video raining insults and curses on other PDP governorship aspirants who were against his preferred candidate in Efon Alaaye Ekiti, the hometown of Bisi Kolawole.

Newsflash Nigeria had reported that the former governor, Ayo Fayose, had endorsed Otunba Bisi Kolawole, the incumbent Chairman of PDP in the state as his preferred candidate for the 2022 governorship election.

Kolawole, from Efon Alaaye in the Ekiti Central Senatorial District, was a former House of Assembly member from 2007 to 2011 and Commissioner for Environment under the administration of Fayose between 2015 and 2018.

Fayose who stormed Efon-Alaaye alongside other party stalwarts on Sunday evening and received by the party chairman, his wife, Efon local government PDP chairman, Yemi Ajanaku and other party chieftains of the town.

Fayose was led by party chieftains to the palace of Efon- Alaaye, Oba Samuel Adeniran Asusumasa Atewogboye II where Kolawole and his wife were presented to the monarch and his chiefs, with prayers offered by the monarch for the success of the aspirant.

Thereafter, the former governor moved to the venue of the event and announced the endorsement of Kolawole to the Efon Alaaye community.

Fayose, who the prayed for preferred candidate, Bisi Kolawola in Efon Alaaye, the hometown of the aspirant and cursed spree on other eligible contesters of the party.

In the video circulated on some popular PDP family Whatapp groups on Tuesday morning, showing how Fayose placing curses spree on other PDP aspirants in Ekiti.

In the video obtained by Newsflash Nigeria, Fayose prayed his preferred candidate in Yoruba, though he doesn’t mention any aspirants but went on a cursing spree those contests against him.

Addressing the party members, who were mostly delegates, Kolawole said his aspiration was about the good of Ekiti.

“I am just a symbol of the party. That I have been picked and endorsed by our leader, Oshokomole calls for joy and I won’t betray this trust and confidence. However, even at that, no one will be imposed on anyone. There will still be free, fair and credible primary election,” he said. 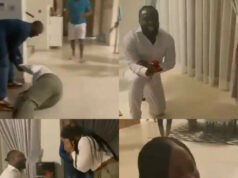 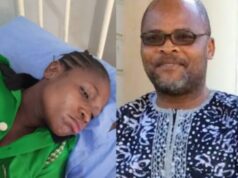 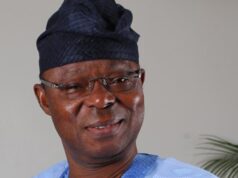