A group in the nation’s motion picture industry, Nollywood4IgboPresdiency, has called on President Muhammadu Buhari to throw his weight behind the emergence of a president from the South East geo-political zone in 2023.

According to the group, which comprises creatives across ethnic divides, the emergence of a president from that region of the country was important at this stage of our national development.

The group said it would ensure equity, fairness and justice, considering the enormous contributions of the Igbo in uniting Nigeria and boosting her national GDP through sheer enterprise and fiscal presence in all nooks and crannies of the country.

In a statement by the group, jointly signed by its national president and secretary, Madu Chikwenedu and Frankwhite Nzeh respectively, the group noted that it would soon embark on a national visitation of key political stakeholders with a view to lobbying them on the need to support the idea.

Part of the statement reads: “We feel compelled by some recent realities of our national existence, to converge under the umbrella of Nollywood 4 Igbo Presidency, a non-partisan national political support group, comprising active practitioners in the Nigerian motion picture industry, Nollywood.

“Our motive is simply to mobilise and enlist as many active practitioners as possible as volunteers, for the singular purpose of drumming up support for the emergence of a Nigerian President from the South Eastern part of Nigeria.

“This call has become eminently expedient for the promotion of fairness, equity and justice in our country. This group believes in the corporate existence of the geographical space called Nigeria, as one indivisible entity and will ensure we deploy every strategy within our means to promote it and strengthen it, irrespective of our ethnic, cultural and religious differences; hence we call on all political leaders of good conscience to support the call for the political leadership of this country to be ceded to the Igbos in 2023.

“Beginning from the 2nd week in the month of March, we shall be embarking on advocacy visits to top political leaders across tribal and religious divides to seek their support for the actualisation of this call, we shall also be reaching out to all the leading political parties, to lobby them on the need to zone the presidency of their individual parties to the zone in 2023.” 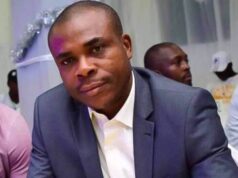