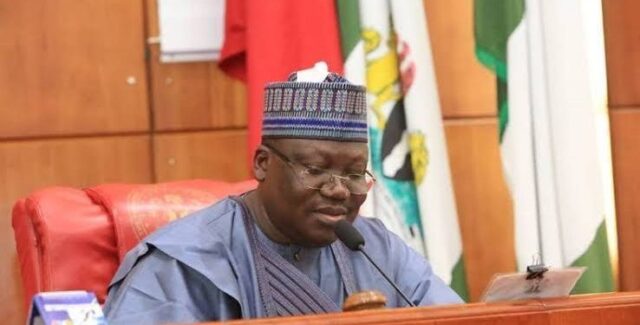 President of the Senate, Ahmad Lawan, has listed some conditions that would enable the All Progressives Congress, APC, to retain power in 2023.

He pointed out that concerted effort must be made by the ruling party to manage its successes by ensuring that it sustains practices that would deepen democracy at all levels.

The Senate President spoke while receiving a visiting delegation of the APC Youth National Lobby Committee on Thursday in Abuja.

In a statement by his spokesman, Ezrel Tabiowo, Lawan said delivering key promises made to Nigerians ahead of 2023 elections, particularly on the provision of critical infrastructure needed for development, remain a way to further boost the confidence of Nigerians in the party.

According to Lawan: “When we sit at a table like this, and many decisions will be made, why can’t we have youth representation? Because that is what will help them understand the logic, the philosophy of such decisions when they are taken and, therefore, they are better prepared to be in a position to do the same when they eventually become leaders, rather than always asking them to go and deal with youth matters.

“You can deal with youth matters, but I believe that you should also be part of major circles of the party.

“APC, at the risk of being very partisan, is blessed more than all the political parties in Nigeria today, because we control the federal government, the two chambers of the National Assembly, we have about 22 or 23 states and majority of state members of the state houses of assembly, chairmen of councils and councilors.

“This is a huge and massive blessing for our party but also a huge responsibility for it, because the party must succeed at the federal level.

“At the states that we control, we must continue to show the best examples on how good governance is enshrined and sustained and, of course, at the council levels.

“If we do that, we will be in power for as long as God wants us to be, and that will be a very long time. I don’t want to risk quoting a figure. PDP did and it became a curse.”