A former Minister of State for Works, Senator Dayo Adeyeye, has said the National Leader of the All Progressives Congress (APC), Asiwaju Bola Tinubu, is the best candidate to succeed President Muhammadu Buhari in 2023.

Adeyeye, who is also the Chairman of South West Agenda 23 (SWAGA 23), stated this on Sunday when the group paid a courtesy visit to the Palace of the Akarigbo and Paramount Ruler of Remoland, Oba Babatunde Ajayi.

He noted that the former Lagos governor remained the best shot from the South for presidency come 2023.

According to Adeyeye, if APC follows agreement and zone presidency to the south in 2023, the former Governor of Lagos should be put forward and supported by the South-East and South-South.

“Tinubu is a good product that does not need any advertisement and he has contributed greatly to the growth and development of the nation. He is consummate democrat and progressive.

“The person who can help us win this ticket is Bola Tinubu,” he said. 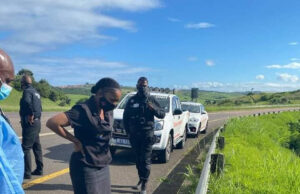 Afemai Reporter - March 3, 2021
0
A 25-year-old passenger who was allegedly raped at gunpoint by a taxi driver and a conductor in KwaZulu-Natal, South Africa on Monday, said she...