Sensational ‘Shine Ya Eye’ housemate, Whitemoney has stated in clear terms that cooking and sweeping aren’t his strategies or tactics of making it far in the Big Brother Naija show.

Speaking to Biggie during the Tuesday diary session, the housemate described as the most real and vibe-filled by viewers, stated that he is just being himself and nothing more.

Whitemoney also talked about himself being nominated for eviction come Sunday, 8th of August, as he affirmed that Maria and Pere must have put his name on the eviction list.

According to Whitemoney, this is due to the fact that he knew they were the wild cards in the house and they possibly may want him ejected from the show.

Currently, Whitemoney, Beatrice, Yerins, Yousef and Niyi are up for eviction this week as viewers continue to anticipate. 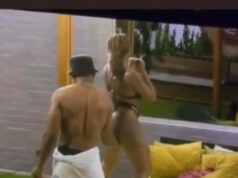