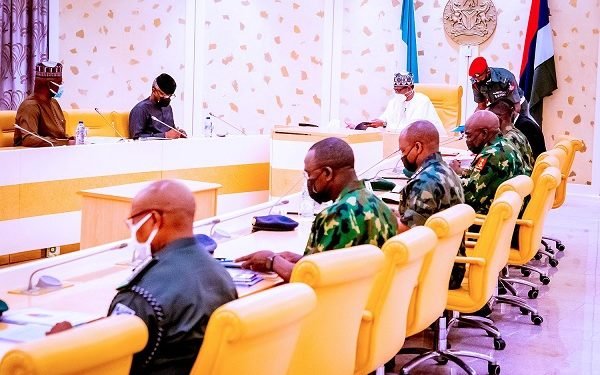 President Muhammadu Buhari is chairing a security meeting at the State House, Abuja.

The meeting, which started at 10am, is taking place at the Conference Hall of the Office of the First Lady.

It is expected the meeting would review the current security situation in the country and proffer solutions.

The briefing is a follow up on the previous other meetings on Friday, April 30th and Monday, 4th of May.

Among those who attended the meeting were the Vice President Yemi Osinbajo; the Secretary to the Government of the Federation (SGF), Mr Boss Mustapha; the Chief of Staff to the President, Professor Ibrahim Gambari; and the National Security Adviser (NSA), Major-General Babagana Monguno.