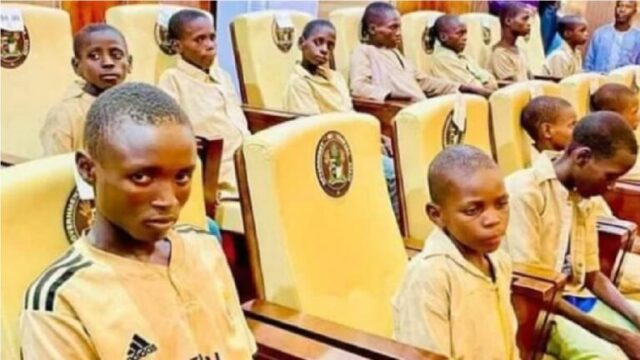 The pupils were abducted by the bandits during an invasion of their school on September 1, 2021.

Recall that the state police command had claimed that the bandits abducted more than seventy students during an attack on the school.

The spokesman of the command, Mohammed Shehu, in a statement released, had said armed bandits invaded the school premises and abducted students.

He said, “The abduction followed the invasion of the school by large numbers of armed bandits.”

Shehu further stated that the state command is working with the military to secure the release of the pupils.

The bandit terrorists had earlier returned five of the students within 24 hours of the attack.

A former councillor of Kaya ward, Yahaya Kaya, while speaking on the incident noted that the bandits abducted his younger brother’s daughter.

The recent abduction had made the state government order the closure of boarding facilities in 30 schools.

It has not been stated if the state government paid ransom to secure the release of the students.

Meanwhile, the bandits have overrun a Nigerian military base in Zamfara, marking a major setback in the campaign to curb violent crimes across the state.

The bandits struck a forward operating base in Mutumji, Dansadau, about 80 kilometres south of the capital Gusau, at about 10:30 a.m. on Saturday.

It was not immediately clear the level of fire that the soldiers returned to prevent the base from being sacked.

All slain personnel were evacuated to Yerima Bakura Specialist Hospital in Gusau and the three wounded have been receiving treatments at a brigade medical facility, officials said.

The attackers also seized weapons from the killed service members and set ablaze other equipment in the facility.

The number of security forces manning the base was not immediately clear.

The base has served as a crucial point operation for logistics and reconnaissance efforts to rout out bandits operating between the eastern flank of Zamfara and western Katsina.