Atilade’s redeployment followed a our News story about his alleged office escapade with a 29-year-old woman, Jennifer Madueke, which led to his missing service pistol.

In a statement on Friday, the police spokesman in the state, Adekunle Ajisebutu, said the Commissioner of Police in the state, Hakeem Odumosu, has ordered a thorough probe into the case.

When contacted by our correspondent, the Police Public Relations Officer in the state, said a new DPO will resume at the station anytime from now.

Ajisebutu, however, did not state the new place of assignment of the embattled officer.

Our News Source had reported that Madueke, after spending three days in a detention facility at the Denton Police Station, Ebute Meta, Lagos, where she was allegedly tortured to confess to the crime, was transferred to the State Criminal Investigation and Intelligence Department, Yaba.

It was learnt that Madueke and Atilade once dated and separated after the Police officer was transferred out of Lagos over seven years ago but the two continued after the married officer was posted back to Lagos recently.

“She was my girlfriend in 2011, but we separated. About one and a half months ago, while I was around the Stadium area, she came to greet me and that was how she knew where I was working and she started coming. When her coming did not favour me, I told her not to come again,” the embattled officer had told our News Source.

“On that Friday, I was at a club with one of my friends. It was there a girlfriend came to meet me. Then this lady came later. I never knew that she had a mission. I sent her away and said I was busy.

“The other lady with me told me that she was going to Bariga. She [Madueke] also came, but said she could not get a vehicle to her residence that night because it was late. I then left them (both ladies) in the office and went out on a night patrol.

“It was then I started thinking I would go back and wake them up. When I returned, I gave her N4,000 (transport fare) to go.”

Asked if he slept with Madueke, Atilade had said, “When two people are in my office? I did not sleep with her. I left them there. Unknown to me, she had gone to pick a bag behind my chair. It was when she left that I discovered that my pistol was missing, with N50,000. I did not even care about the money, but I started calling her, and she did not pick the calls. She also blocked me on WhatsApp.

“We went to prayer houses and consulted alfas, me and the other girl, but we did not find her. I did not see her for one week. I paid people who tracked her.”

Atilade said he regretted ‘helping’ Madueke that night when she claimed to be stranded, adding that after she was arrested, she denied taking the gun but admitted to ‘stealing’ N7,000 from the bag.

The Coomand, however, ordered the redeployment of the officer for an investigation into the matter.

It read, “This is to inform the general public that the Lagos State Police Command is not oblivious of the reported case of theft of service pistol against one Jenifer Madueke ‘f’ and the allegation of sex in the office against DPO Denton Police Division, CSP Adegoke Atilade as published on page 4 and 5 of today’s edition of the Punch.

“In the interest of fairness and justice, the Commissioner of Police, CP Hakeem Odumosu, has ordered an independent, thorough and unbiased investigation into the case.

“Members of the public are hereby assured that appropriate actions will be taken against anyone found culpable at the conclusion of the ongoing investigation such that at the end, justice would have been served.

“Meanwhile, the Commissioner of Police has directed immediate redeployment of the officer in the eye of the storm so as to pave the way for diligent and unbiased investigation.” 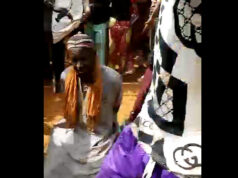 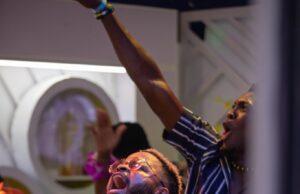