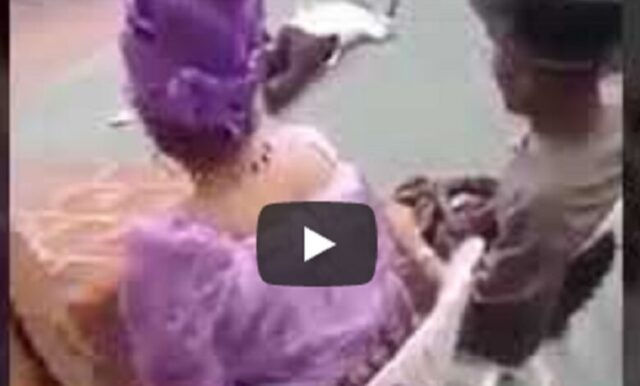 The Chairman of Andoni Local Government Area of Rivers State is dead.

Newsflash Nigeria reports, the council chairman, who’s yet to be identified may be the outgoing Chairman or Incoming Chairman as at the of filling this report.

According to a video already circulating on social media, the chairman collapsed and died while he was dancing at an event.

The Chairman was said to have arrived at the event in good health conditions.

In the video seen by Newsflash Nigeria, showed that the chairman slumped and died while he was dancing on the stage in an event in Rivers state.

When he was dancing, the audience were showering him with encomium and suddenly he fell down, many were thinking it’s part of the dance not knowing that he has kicked the bucket.

Even, the MC with the microphone was heard saying it’s part of the dance but unfortunately when some people rushed to lift him, he could not make it anymore as the situation was beyond control.

The event continued as the chairman was whisked away to the nearest hospital.

He was, however, rushed to the hospital for treatment; but pronounced dead by doctors on arrival.