The Oba of Benin, Omo N’Oba N’Edo Uku Akpolokpolo, Ewuare II has on Thursday put a stop on daily Protest to his palace, as he says protest will now be allowed only on Tuesdays and Thursdays.

He therefore instructed aggrieved members of the public, communities with complaints who wish to protest to the palace, should do so only on Tuesdays and Thursdays.

The monarch stated this in a statement on Thursday and signed by the secretary of Benin Traditional Council, Mr. Frank Irabor.

The statement further informed the public that in the month of December, the palace will commence the annual ugie festival and the palace will not entertain protest during this period.

The general public is hereby informed that His Royal Majesty, Omo N’Oba N’Edo, Uku Akpolokpolo, Eware II, Oba of Benin, has instructed that henceforth, those who have complaints and would want to protest to the palace on a daily basis by individuals and villages would no longer be entertained except on Tuesdays and Thursdays as earlier stated. 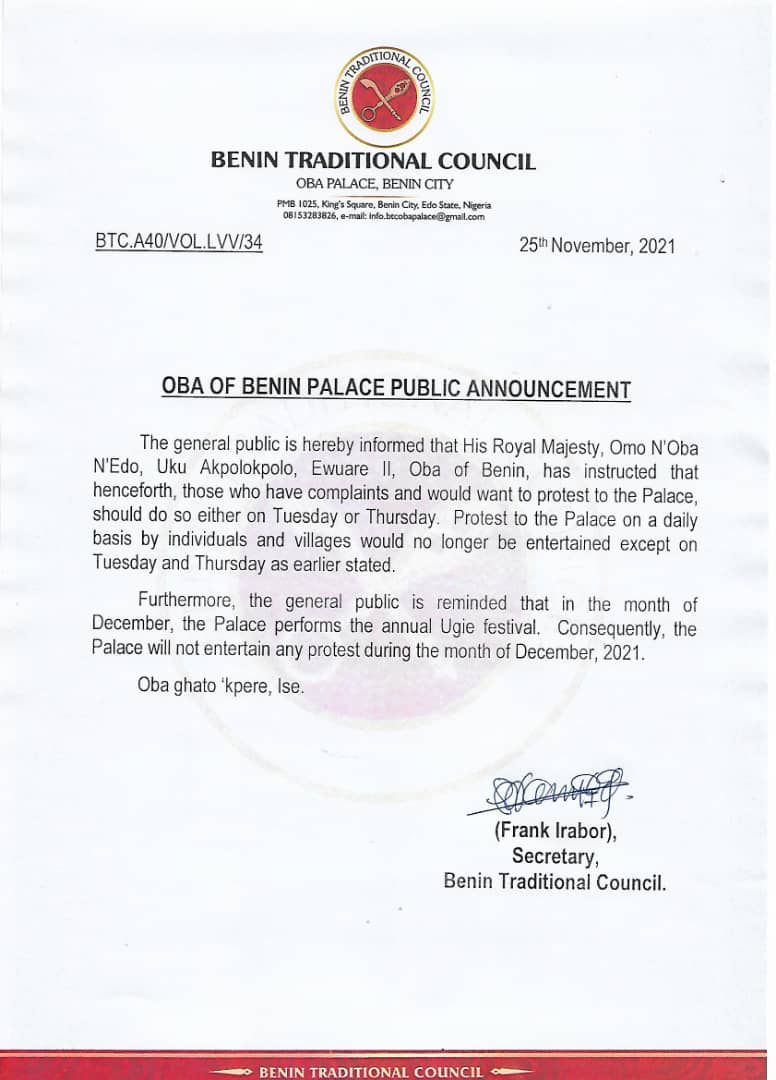