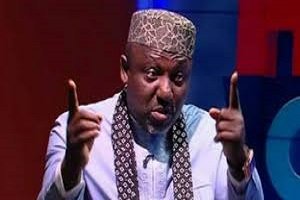 The All Progressives Congress (APC) chieftain and former governor of Imo State, Senator Rochas Okoro­cha, on Wednesday, expressed re­grets that President Muhammadu Buhari, despite mass expectations, had not been able to fulfil his cam­paign promises on insecurity, noting that Nigerians were now looking for an alternative.

He also pointed out that the Fed­eral Government had been over­whelmed by the spate of insecurity in the country.

He cautioned Nigerians against allowing themselves to be used to profile one another along ethnic lines.

Okorocha, who is the Senator the tendency to wrongly prorepresenting Imo West, said file Nigerians based on the spate of insecurity in the land would send the wrong signals to armed groups ready to negotiate with the authorities. ­

Speaking in Abuja during a meeting with a group, Ni­gerians in Diaspora Asso­ciation in South Africa, he said: “When Jonathan came to power, the issue of corrup­tion became heightened and America took interest in the corruption in Nigeria and they needed somebody who had zero-tolerance for cor­ruption.

“It was on that basis also that Jonathan lost election and Buhari became president for two reasons: (first) that Bu­hari was going to jail all the corrupt people in Nigeria, like he did when he was military head of state and (second) that he will stop Boko Haram – that was the situation back then.”

He added: “But today what is threatening the unity of Nigeria – polarization of the country.