The 2020/2021 UEFA champions, Chelsea and Paris Saint-Germain (PSG) have made the top 10 list of the world’s most valuable teams after their clubs signing of Lukaku and six-time Ballon d’Or winner Lionel Messi.

The two giants Premier League; Manchester United and Liverpool also made the top 10 list of the world’s most valuable teams.

The list which was topped by reigning Premier League champions were placed number1 on the charts, with the Blues and Liverpool completing the top three podium.

According to Transfermarkt who compiled the list, Manchester City’s squad value is estimated to be worth an astonishing £955.6m (about KSh 143 billion).

SunSport reports the club’s recent acquisition of Jack Grealish for a reported fee of £100million saw their squad value skyrocket to the top.

The publication added PSG is the club to upset English supremacy on the charts, climbing to third following the stunning signing of six-time Ballon d’Or winner Lionel Messi.

Chelsea is placed second on the listing, with the team’s value estimated to be worth £898.2m, having been bolstered by the arrival of Romelu Lukaku from Inter Milan for £97.5m.

Man United comes in at fourth with a combined squad value of £835.4m which was boosted by the summer signings of Raphael Varane and Jadon Sancho.

Liverpool, having bought just Ibrahima Konate this summer is ranked fifth with a value of £814m.

La Liga giants Real Madrid and Barcelona are down below in seventh and eighth having lost a number of high-profile players during the summer transfer window.

Here are the top 10 most valuable teams right now: 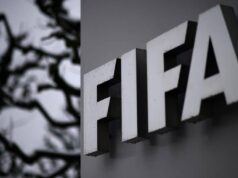