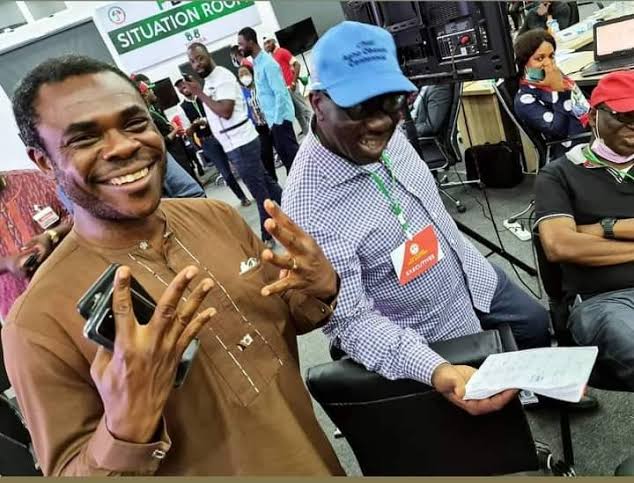 I deliberately tutored Crusoe Osagie on the basic art of writing and journalism in the first epistle on the destruction of education in Edo State because he elected to smear my reputation, did a hatchet job in portraying his boss as a ‘lover’ of education with his outlandish radical educational policies. I will respond to the aforementioned two broad points raised piecemeal. Osagie portrayed me as a political jobber who has a lot of idle time in hanging around the offices of the Secretary to the State Government and the Chief of Staff begging for media jobs to do in exchange for a fat fee. I have challenged him to come forward with the espionage video footages he claimed to have on that.

It is on record that I was a media aide to former Governor Adams Oshiomhole where I served meritoriously for four years. After that I was approached by Osun State Governor, Ogbeni Rauf Aregbesola as a media aide despite the fact that I am not from Osun State or even a Yoruba man for that matter. If I was incompetent, would Aregbesola have overlooked equally competent Osun indigenes and cast his net far into Edo State?

Before my media appointments, I cut my journalistic teeth in various media houses, including being a member of staff of the National Union of Petroleum and Natural Gas worker (NUPENG). Being a nationalist, I have met many VIP’s and made friends across the divide in the course of my first love – journalism.

I am currently a media entrepreneur; my publication – Trojan News which I established in 2014 currently has about 300,000 page views daily and we as a policy do not accept adverts from the government so as not to be compromised. Wouldn’t a jobber gladly collect robust government patronage to thrive or even survive? I am also an anti-corruption campaigner and a consultant to numerous African anti-corruption organisations. I have spoken at many anti-corruption conferences and seminars at home and abroad. I walk the talk and I am not a hypocrite.

Osagie went on to do lazy a media blitzkrieg on the achievement of his incompetent boss in education citing examples of how he revamped the ailing sector in terms of both physical infrastructure and human capital development. It’s pure fraud and falsehood. If Obaseki really improved Edo State education, can Osagie send any of his children to Edo State schools? Can any of the elite send their children or wards to the schools there – permit me to borrow a coinage which was used to describe the Jakande schools ‘poultry sheds?’

I am not a foreign observer as I am partly based in the state and I am on ground to see the rot that education has tragically fallen into in the state. Many of the primary schools are worse than pig sties. Our children learn under the most excruciating conditions fit only for the scions of serfs. The impressionable minds of our kids are hardened as the children of the poor aren’t given the opportunity to learn in habitable conditions. The same fate is that of secondary school students in the public schools as not only are the physical infrastructure lacking, the human capital in terms of qualified teachers isn’t there. When last were teachers in the state properly trained?

When last was there a mass recruitment of teachers in Edo State? How digitally compliant are Edo State teachers? We live in the 21st century where children abroad are taught with the use of drones. Even in former war torn Rwanda, secondary school students are taught how to operate drones. Do Edo state teachers even teach with projectors? Do the students learn with laptops? What revolutionary strides is Osagie talking about? What is the quality of learning that Edo students are bequeathed with? We now live in a globalized world where the future competitors in the world will not be your next door neighbour but a faraway person whom you may never meet. Can an Edo student compete with an Indian in IT? Can an Edo student compete with his Ghanaian counterpart?

I have a duty to my conscience and as a well trained journalist to report the truth so that the powers that be can be forced to sit up and deliver the dividends of democracy to the beleaguered people. I am concerned about the quality of education in my state as it is the best legacy that can be given to the next generation.

The state owned tertiary education leaves much to be desired as they lack the requisite infrastructure needed to produce internationally competitive graduates. Is the Ambrose Alli University among the top fifty in the country? What research is the University known for? What grants from foreign bodies or international development organizations does the school attract? How many international journals does its academics publish in? How many of its academics are cited in scholarly papers? How many local and foreign students are attracted to the University? How many foreign scholars are attracted to it?

These are the indices used to measure scholarship in higher educational institutions and it applies to the various Colleges of Education that Osagie gleefully talked about. It is not enough to build a couple of blocks and claim that you have done a revolution in education! It goes way beyond that as we live in an age where human capital development and a knowledge driven economy reign supreme. How is Obaseki preparing Edo State for the challenge of a 21st century knowledge driven economy? In an era where fossil fuel relevance is staring at us in the face, how is Edo State being prepared to be relevant in a post oil economy?

The deliberate asphyxiation of Ambrose Alli University is premeditated by the permanently bitter Governor of Edo State. The institution barely resumed academic activities a few weeks ago after six months of industrial action over unpaid salaries running into twenty one months with ancillary check off dues. That’s in spite the fact of setting up needless Committee in the university and appointing a Vice Chancellor from outside the institution for a permanent destruction of the university.

Because Osagie’s abhorrent mental stagnation he has yet to realise that what he called job in Osadebe Avenue will fade away in 38 months time. He ought to be more concerned about the credibility he will bring to his former noble profession if he intends to follow the path of giants like Olusegun Adeniyi, Joseph Ushigiale, Reuben Abati, Bolaji Adebiyi etc who returned to the Fourth Estate of the Realm after their stints in government. I have done same the establishment of Trojan News/TV since 2014!

As for me I will continue to speak the truth to power not minding whose ox is gored; Osagie can throw all the tantrums like a child whose candy has been taken away from him for all I care.

My loyalty and conscience lies to God and Edolites. 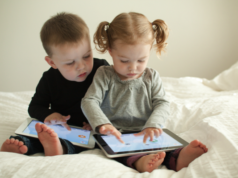 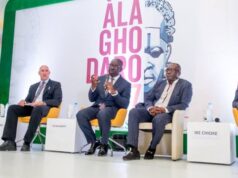 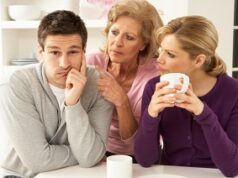