A young man whose name was (withheld) who stole a bag of maize from a yet-to-be identified person, has surprisingly handed himself over to the police voluntarily in Ghana.

However, Wonder will never cease in this world and for those who think Black Magic doesn’t exists, here is a story that will interest you.

According to the Twitter source identified as @AgyaThanos, the incident happened in the Upper East Region, as a Ghanaian man, who stole a bag of maize was ironically forced to solicit help in a Police station after the bag of maize, he reportedly stole, refused to leave his head.

@Agyathanos shared photos of the man and the bag glued to his head and tweeted; 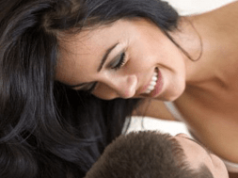 See What This Pretty Lady Is Wearing That Got People Talking