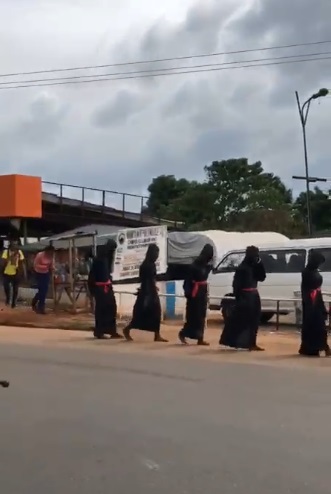 It would be recalled some weeks ago in the same Auchi, some final year students rocked the streets of the city spraying cash in the air.

In a video making rounds on social media, young guys in their mid-20s are seen in hooded robes with their arms folded behind their backs as they march along the street in an occultic formation.

This, however, caused raised eyebrows in the city as residents suspect a fetish gathering of this group.

Watch the video below …

5 Mistakes We Make When Cooking Our Spaghetti [No. 3 Is Very Common]