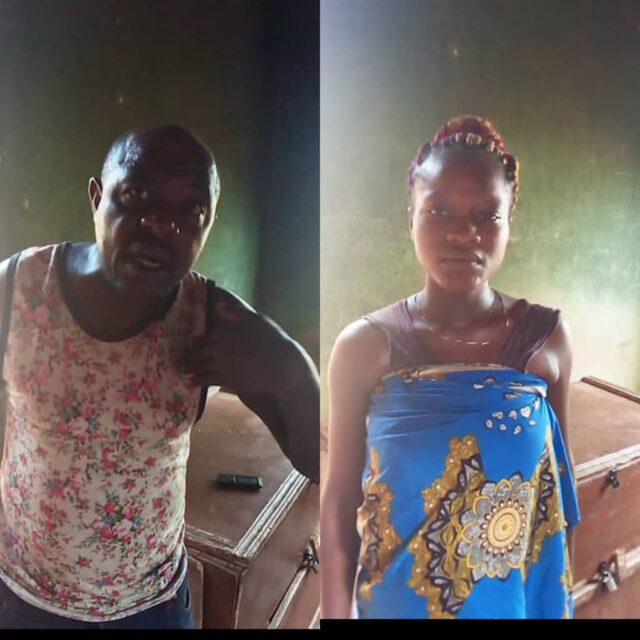 This is not the best of time for a former Contestant for the position of Ovba of Afowa, Mr.Ambrose Imokhai

.He is allegedly being accused of impregnating a Minor, Miss Blessing Momodu.

Narrating what transpired to newsmen in a Video at Afowa, the Minor who was 17 as at when the incidence occurred, said, Mr. Ambrose Imokhai impregnated her (Blessing) seven months ago in October 2020 and promised to marry her only for him to renege on his promise.

Speaking in the same vein, Mr. Amuda Momodu, the father of the girl said the accused impregnated her daughter, Blessing with a promise to marry her.

Not satisfied with the promise, he went to meet Mr. Ambrose in his residence where the latter took him to Palm Royal hotel, Jattu in Etsako West local government to see how he could solf pedder on the issue by prevailing on his daughter to get rid of the pregnancy.

He called on the relevant government .authorities including NAPTIPS and other defenders of human rights violation to come to his rescue and that of his family.

When contacted on the alleged allegation levelled against him, Mr. Ambrose Imokhai urged the Reporters to stop calling his mobile lines as he was not ready to speak to the Press on the issue.