Edo State deputy governor, Philip Shaibu, Sunday, disclosed how he was severely brutalized in a bid of nailing godfatherism and ensuring the then governor of the state, Adams Oshiomhole had a successful completion of tenure in office.

He disclosed this in his remarks at the reception of the outgone local government chairmen held in Benin City, the Edo State capital.

“For me, people say I am loyal to Obaseki, I am loyal to a course, I was brutalised and Injured and had my kneels and everything replaced under Comrade Adams Oshiomhole’s administration, all this was that some godfathers wanted to derail our making poverty history and we fought on the side of the people and the beneficiary of that struggle was Oshiomhole.

“So the player doesn’t matter but what is constant is that whoever stand on not making poverty history in Edo will have all of us to fight and I will be in the forefront of that fight”, the deputy governor said.

Shaibu, while commending the outgone chairmen for their successful tenure in office, said they were among those who want to make poverty a history in the state, stressing that they were not like some others who for one reason or the other chickened out.

“We started the revolution of ending godfatherism in Edo under Oshiomhole and we all supported him because we all believe that enough is enough and that Edo will not be placed in the hands of Individual that will now mortgage our collective heritage and wealth and would be flying jets and celebrating for ever.

“We said there must be a change and godfathers must be brought to their kneels while the people must decide who lead them and leaders accountable to the people and not few godfathers.

“That was the project we started and people betray that course but today God has said that Edo must live up to his name and that the development of the state cannot not be put in revise gear but forward ever.

“Some of the outgone chairmen betrayed the course and their people and decided to join the godfathers but you were offered jeeps and millions but you refused to join them.

“Along the line people that don’t believe in it fall on the road just like the way Oshiomhole fell on the road side because he didn’t actually believe that we should make poverty history in Edo he was only an opportunist in front that we thought he believe in it.

“Even the commissioners, SSA and local government chairmen that resigned from our cabinet didn’t believe in making poverty history in Edo because if they believe in it the fight was needless.

“The fight was between those who believe in making poverty in Edo history and those who didn’t believe in it”, he said. 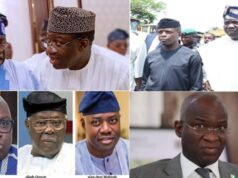 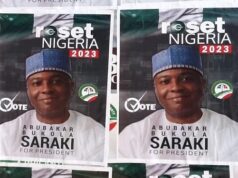