Okpella community in Etsako East Local Government Area of Edo is poise for war with the State Government over the proposed airport project in Edo North senatorial district of the State.

In a press conference by the community in Okpella on Sunday the community who alleged marginalisation by the government, noted that the proposed airport outside Okpella is a disservice to them

Spokesman of the community, Chief Richard David, said that there was already plan by the BUA and Dangote to construct an Aerodrome in Okpelaa because of their investment in the area.

He stressed that it is their believed that the same investors who had initiated the airstrip in Okpella are not that one that would be used to muster fund for the proposed airport by the government.

He noted if that is the case, the peaceful coexistence between the investors and the community would no longer be guaranteed. 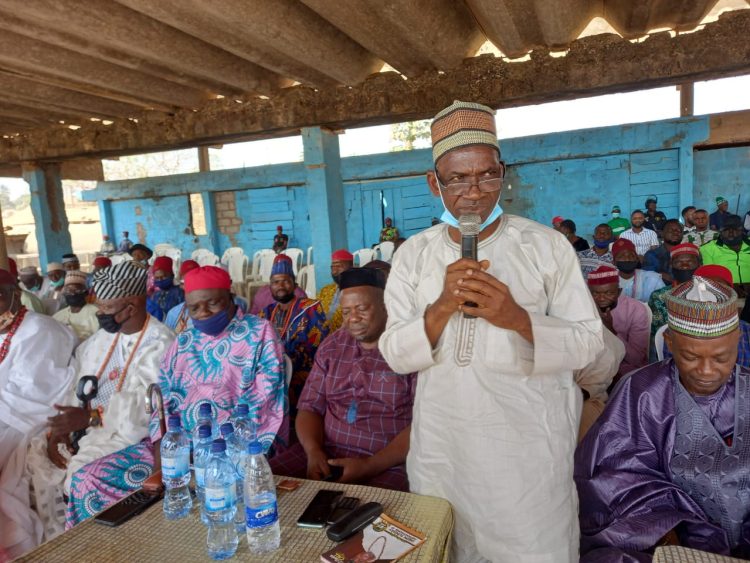 He said that Inspite of the immense contribution of Okpella to the economic sustenance of Edo, the community remains the most unattended to in government infrastrural consideration.

“It was a thing of joy to the people when the BUA group hinted it had started the process of setting up an Aerodrome in Okpella for which appropriate modalities of location of suitable site, soil tests and payment of compensation to crop owners had been completed.

“We had expected and hoped that what iss required of the government is to give the necessary support and encouragement for this laudable initiative to facilitate its timely completion.

“We had also expected that the government will commit resources to set up auxiliary infrastructure like access road to and from the aerodrome, supply of water, improved power supply and others.

“To our surprise, a letter from the federal ministry of Aviation dated 16/12/2021 with reference number FMA/ADD/402/5.42/C.9/12 conveying approval for an airport project, wrongly mentioned Okpella as being part of Etsako West Local Government Area.

“We had expected something to be done to correct this but nothing of such. This action of the FMA, the silence of the Etsako East Council and the body language of the State Government have tended to anger our youths and generality of the community.

“We have been appealing to and pacifying our youths, who have been visibly restive.

“Our demand is that of the same investors that initiated moves to build an airstrip are the same groups that will eventually be compelled to muster fund for the project, they should be allowed to continue with the ongoing project in Okpella unhindered and uncoerced.

“But if otherwise, we cannot quarantee the peaceful coexistence between the investors and the community unless Okpella ceases to be their host community.

“We demand that nothing negative or untoward be done by government to disrupt or distort the industrial harmony and peace currently prevailing in our community,” he stated