Former Ekiti State Governor, Engineer Segun Oni, on Monday, has declared his interest to contest the governor of the state in 2022 under the platform of the Peoples Democratic Party (PDP).

Oni who made the announcement on Monday, in Ado Ekiti while opening his campaign office christened “PDP Family Edifice”, preparatory to the forthcoming election in the state.

The former governor said ““Except the parameters change, I am interested in the governorship. Though only God knows tomorrow but as of now yes, I am contesting and we are projecting that God will sanction it.”

Oni said he would work with notable leaders of the party including former Governor Ayodele Fayose, Senator Biodun Olujimi, and others to reposition the Peoples Democratic Party and make it formidable to achieve the task of wrestling power from the ruling All Progressives Congress.

He appealed to Ekiti PDP leaders to come together to midwife the process of reconciliation in the party, saying, “No single action can cement any crack in a political party but when the processes are coming from different ways, then, you see the crack filled up.

“I have been in politics for long and I understand the importance of unity. Let all leaders play their roles. Politics is a team game,” the former governor said.

Oni expressed confidence that the PDP would defeat the APC in the 2022 election, saying, “If you look at the mood in town now, the people have changed their minds going by what the people are saying in town,” saying they would not vote for the APC in next election.

He said, “Ekiti PDP is not afraid of incumbency power and the federal might. No government is undefeatable. President Donald Trump wanted to conquer America. He introduced Mafian styles thinking that he could not be defeated. Where is he today? He is in Florida in retirement. That is the power of the people.

“Politicians should be able to subject themselves to the will of the people so that we won’t destroy the system. You can see that if our democracy had continued growing from 1966, Nigeria will be better than where we are today.

“All of us must subject to the will of the masses. No one should think he could perpetuate himself in power. In the Ekiti governorship, I won’t advise anybody to do anything funny, that won’t be in the best interest of anyone,” Oni said. 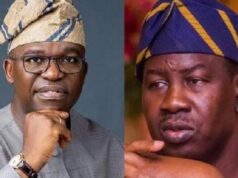 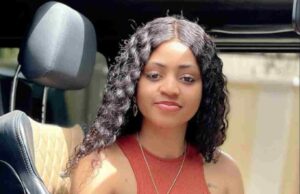 Afemai Reporter - March 3, 2021
0
Popular Nollywood actress, Regina Daniels has given her fans a reason to talk about being pregnant with her second child after flaunting a baby...