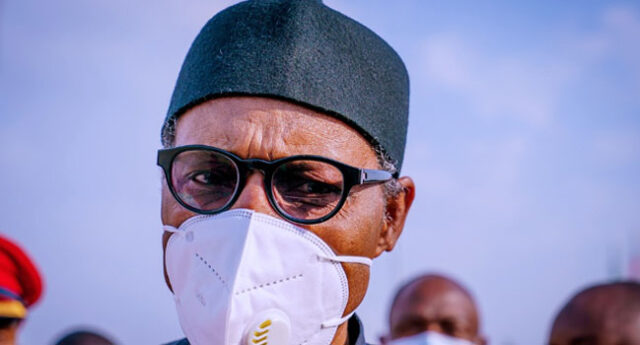 President Muhammadu Buhari has told Nigerians to expect continuity from his government after he returned from a medical trip to London, the United Kingdom.

The Nigerian leader, 78, spoke with the press when he arrived the country via the Nnamdi Azikiwe International Airport on Thursday afternoon.

“Continuity,” Buhari said when asked what Nigerians should expect from his administration. He did not, however, specify any area.

Buhari’s two-week medical vacation in London had generated controversy in the country. Critics and members of the main opposition Peoples Democratic Party (PDP) voiced their concerns over the president’s frequent trips to the United Kingdom.

“It is indeed worrisome that under President Buhari, even the hitherto highly rated State House Clinic, has become so moribund that it cannot provide a simple medical checkup service for Mr. President,” the PDP said in a statement in which it also accused the Buhari government of wasting taxpayers’ money.

His health status became a subject of intense debates in the lead up to the 2019 general election with claims that he was unfit to govern the West African nation.

But his media aides were quick to quash insinuations that their principal was gravely ill, insisting that the recent London visit was not an emergency but a routine medical checkup.

“It is a routine medical check-up; the President has undertaken this with a set of doctors that he has retained over many years,” said Garba Shehu, Senior Special Assistant to the President on Media and Publicity.