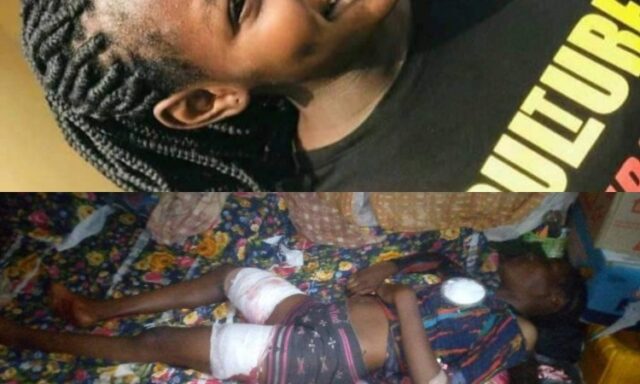 A young lady named Monsura has been shot dead at her home and her family members are crying for justice.

She was killed on Friday, September 10.

Her sister took to Facebook to share photos of Monsura after she was shot. She also shared photos of the scene where her sister was shot, with so much blood on the floor.

“Please help me get justice,” the bereaved wrote, adding, “The police shot her in our compound yesterday.”

She continued: “I need all the help I can get to get justice for her.”

According to reports, Monsura was awaiting admission into university when she was allegedly shot by a trigger-happy police for no apparent reason.

Her family is also calling for an end to police brutality