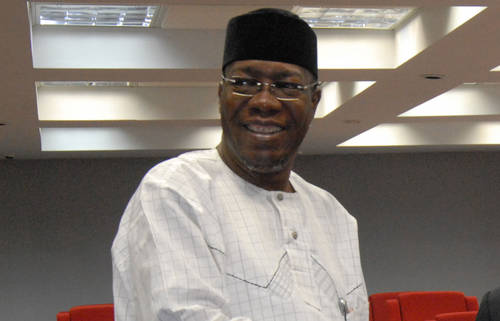 The House of Representatives member representing Owan Federal Constituency, Professor Julius Ihonvbere and former Secretary to the Government of Edo State during Comrade Adams Oshiomhole’s administration on Tuesday broke his silence over the demolition of his property by Governor Godwin Obaseki.

The Iyase of Iuleha in a press release personally signed and titled “Demolition of my property in Benin City by the Obaseki Administration: Setting the facts right” and made available to journalists in Abuja said the building Governor Obaseki is presently occupying in Benin city is a government owned land which belong to a school.

The lawmaker was
was a former Chairman Strategic Planning Team (SPT) that replaced the Economic Strategy Team where Obaseki Chaired during the Oshiomhole administration.

According to ihonvbere , who was a former secretary to the Edo state government during Governor oshiomole administration pointed out that said plot of land which the state revoked the Cof O was not not a gift saying “I followed all required steps as established by the government. I did not cut corners. There was no illegal building on my property.”

“As is usual, so many versions of what happened in Benin are in circulation including official efforts to distort living history. Below are the true facts. I applied for a plot of land through the Ministry of Lands and Survey in 2016 through the Honorable Commissioner and it was approved.

“The allotted plot was accessed and i was directed to pay to a government account with Zenith Bank, Sakponba Road, Benin the prescribed amount for the Certificate of Occupancy. I paid. The C of O was thereafter issued to me. There was no other structure on the property. The land was bare.
3. After a qualified architect designed the building, i applied to the new Ministry of Housing and Urban Development under Governor Obaseki for a building permit/approval. I paid the relevant fees and following inspection, it was approved under THE OBASEKI ADMINISTRATION.

” I commened building on the plot and had finished the entire structure save for plastering and painting when the same Obaseki government that approved the building plan, announced it was going to be demolish purely and clearly for political reasons. I also paid groundrent to a government account with Access Bank, Benin City.

“In the Administration that allocated my plot, Obaseki was the de facto deputy governor and was among other things, in charge of processing certificates of occupancy. The same administration allocated plots to the current Deputy Governor on which he has built and currently occupying. The same is the case with the current SSG. There are other structures that are built on plots that are built on plots allocated by the same administration in the same area. None has been revoked or demolished. There is a private hotel less than a stone throw from my property. It was not revoked.

“I hope this clears the air. There was nothing on the plot. I will be trusting and relying on our judicial system to restore my right to my property that was legitimately allocated, approved for development by the Obaseki government and on which i had paid all relevant charges.”