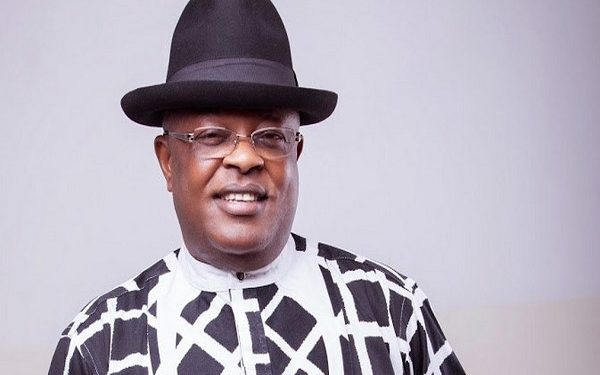 Ebonyi State Governor, David Umahi, on Tuesday, has announced that the medical students would be paying N5 million for tuition at the new state-owned Medical University, Uburu, in the Ohaozara Local Government Area of the state.

Umahi said academic activities would take off in September 2021 at the new state-owned Medical University.

Umahi, who stated this during the flag-off of the Basic Health Care Provision Fund and State Health Insurance Scheme in Abakaliki on Tuesday, pointed out that the university remained the best in the country.

He said, “Our resolve is to work tirelessly with all relevant stakeholders in Ebonyi State and at the federal level to ensure well-equipped and functional health centres in each of the 171 wards in the state.

“We aim to ensure that all civil servants in the state take cover under the Ebonyi State Health Insurance Scheme.

“On behalf of the wonderful citizens of Ebonyi State, I want to thank our donors, parties, development partners, representatives of the National Health Insurance Scheme and all those who have found it important to make this happen.

“I want to commend highly the USAID activities in the state. We heard that you were at the new hospital of our new university. I was so excited and I pray you to make good your promises.

“Our dream is that this should be the best hospital in the whole of Nigeria. And this is possible.”