University graduate serving his father’s land recreates the NYSC photography of his dad 30 years later with a striking resemblance.

The young man identified as @7amilola took to the micro-blogging platform, Twitter, to share the stunning recreation of himself and his father.

His father served the country in 1991 while the young lad is serving the same country 30 years later, in 2021, just as his dad once did.

To recreate his father’s photograph, the young man pose in front of a training net at the orientation camp just as his father did during his time even though he did not climb the net like his old man. 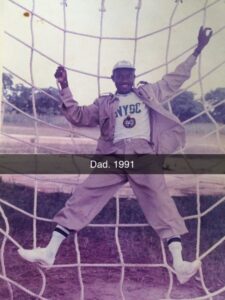 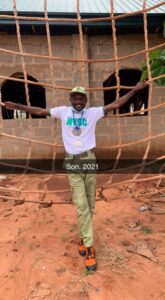