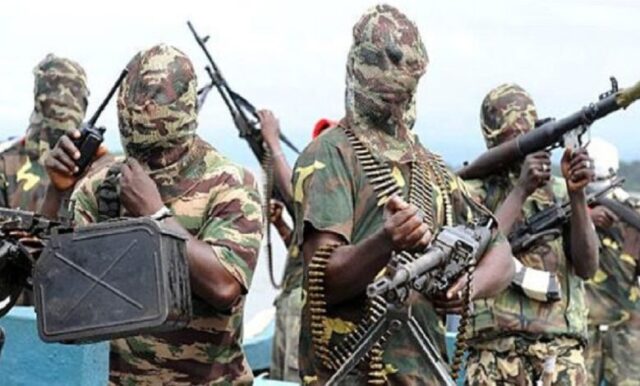 No fever than four people have been kidnapped by some gunmen suspected to be kidnappers in Alaagba village in Ogun State.

DAILY POST gathered that the four people who are all workers of a Chinese company handling the Lagos-Ibadan standard guage railway project were kidnapped on Wednesday.

Our correspondent gathered from sources that the kidnappers who dressed in black caftan were about eight.

It was gathered that the kidnappers who stormed the site of the rail project at Adeaga/Alaagba in Odeda Local government area of Ogun state also killed a policeman while struggling to abduct the Chinese workers.

The corpse of the policeman killed had been evacuated by a team of policemen and men of the Federal Road Sector Commission (FRSC).

He said that fierce looking gunmen suspected to be Fulani herdsmen had laid ambush in the surrounding forest for the expatriates.

He said it was shocking to witnessed such a gory scene, even when the railway workers were always guarded by policemen and soldiers.

A youth leader at Alaaga village, Mr. Azeez Adila narrated how members of the Oodua People’s Congress (OPC) gave the kidnappers a hot chase into the forest , searching the entire bush path in an attempt to apprehend the kidnappers and rescue their victims.

He said despite the efforts by the village youths , who mobilised OPC members into the forest, the kidnappers could not be traced as they disappeared with the Chinese expatriates.

However, all efforts made by DAILY POST to get a reaction from Public Relations Officer of Ogun State Police command, Mr Abimbola Oyeyemi proved abortive.

Calls put through to his mobile phone were not successful while a text message sent to him for his reaction has not received any reply as at the time of filing this report on Wednesday. 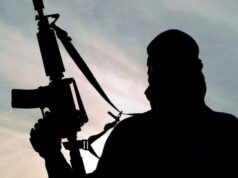