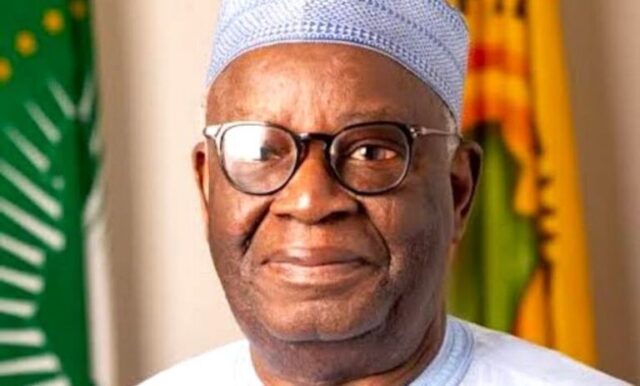 The insecurity ravaging every nook and cranny in Nigeria is quite alarming but reports of Aso Rock, which is the Presidential seat of power, being invaded by armed burglars makes it more worrisome.

According to a report by The Gazette, the burglars targeted the residences of Ibrahim Gambari, the Chief of Staff to President Muhammadu Buhari, as well as that of the senior Administrative Officer, Abubakar Maikano.

The incident which occurred on Sunday, May 9, according to the publication forced Gambari and Maimako to abandon their residences in Aso Rock.

“Their houses were robbed and the robbers packed money and other valuable assets from both houses,” a source told the publication.

It was not immediately clear whether or not valuable documents of state interest were carted away by the intruders, but publication further reported that the residences were thoroughly ransacked.

“The robbers took away as much as possible from both places,” a security officer that confirmed the incident said. “What is more unfortunate is that no one has been arrested.”

Officials also said Mr Gambari was given an official residence at the Defence House but has not been living there, preferring instead to live inside Aso Rock and be close to the president.

At this point in time, no confirmation or counter-statement has been issued by the Presidency.