An Abuja-based activist, Comrade Deji Adeyanju, has said the President Muhammadu Buhari administration’s dismissal of Father Ejike Mbaka’s criticism with an allegation that the Catholic cleric was a contract seeker in return for his support for the electoral victory of Buhari should be a warning signal to religious leaders in the country.

Fr. Mbaka of the popular Adoration Ministry in Enugu had in a viral video described the administration of President Buhari as a failure, calling on members of the National Assembly to immediately impeach the president.

But presidential spokesman, Garba Shehu, in a statement on Friday, however, acknowledged Mbaka’s support for Buhari’s electoral successes but accused the cleric of calling for the president’s impeachment because he (Mbaka) couldn’t secure contracts from the government.

Reacting to the development on his verified social media handles on Friday evening, Adeyanju, the convener of the Concerned Nigerians group, said more embarrassment awaits religious leaders except they stop romancing dirty politicians.

“I can never forget how they used Mbaka to announce Imo Supreme Court fraud & he claimed God told him.” 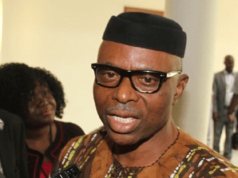 Tackling Insecurity Is Beyond Arms And Ammunition– Mimiko 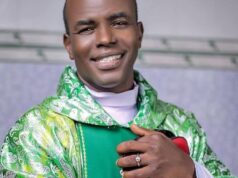 An Open Letter To Catholic Bishops Conference Of Nigeria