A 64-year-old woman, Taiwo Idehen has told the Lagos Judicial Panel of Inquiry how operatives of the Nigeria Police allegedly brutalised her in May 2018.

Idehen who was the fourth petitioner in Tuesday’s session took the witness box to explain how police operatives manhandled her which led to her breaking the teeth.

The petitioner said got a call from a policeman that her attention was needed at Alagbon police station after two of her children had been arrested in respect of the burial of her late husband.

When she visited the police station, she alleged being manhandled by police officers – DSP Clement Ogbefu and one Inspector Austin – over the death of her husband, Joseph Idehen.

“In the process of roughing me up, I fell and broke my teeth,” the witness testified.

Thereafter, she opened up her mouth to show the panel members her broken teeth.

She also showed the panel the blood-stained clothes she was wearing on the day and the same was admitted in evidence along with some medical receipts for some treatments she got.

The police counsel, Cyril Ejiofor then cross-examined her. When asked for documents to back up her treatment for her broken teeth, the petitioner said she did not bring the documents to the panel in Lekki, Lagos.

The counsel asked for an adjournment to enable him to bring the officers mentioned, urging the petitioner to bring all relevant medical bills at the next adjourned date.

In her ruling, the Chairman of the Panel, Justice Doris Okuwobi adjourned the petition to the 20th of February.

Other Petitions Heard
The judicial panel also heard nine other petitions on cases involving police brutality in the state.

The first two petitions involving Francis Idum and Francis Okpara were adjourned for lawyers on both sides to perfect their final written addresses for adoption.

In the third petition, the police counsel told the panel that its witness, CSP Ayodele Olaphilip Arugbo was a target of the #EndSARS protests in the Olosan-Mushin community, and as such he and his family has had to flee Lagos.

The counsel specifically said that the witness was the DPO who resisted the burning of his police station in the area. As a result of this, the witness has been the subject of several attacks.

The counsel, therefore, asked the panel for a further date ‘to see if the witness could be brought to testify in camera’.

The counsel to the petitioner, S.O Are objected to the request for an adjournment. He urged the panel to close the case of the police.

Reacting, Justice Okuwobi held that closing the case of the police would not meet the interest of justice. She granted an adjournment till the 23rd of Feb and also ordered that witness summons be issued to one Azeez Asogba who had been mentioned at a previous proceeding as a necessary witness to help the panel unravel the facts behind the petition.

The 5th and 6th petitioners were absent, and the panel adjourned their petitions to February 26.

The panel Chairman also ordered that hearing notices be issued to them.

The 7th petition was also adjourned owing to the absence of the petitioner’s counsel as the 8th petitioner who was absent was also not represented by counsel.

The panel thereafter adjourned the petition to 23rd Feb.

The 9th & 10th petitions are coming up before the panel for the first time and it is for mention. 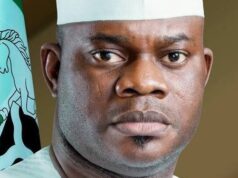 Afemai Reporter - March 6, 2021
0
There was a protest on Saturday, in Isaba-Ekiti, Ikole local government area of Ekiti state, following the killing of two farmers by suspected Fulani...