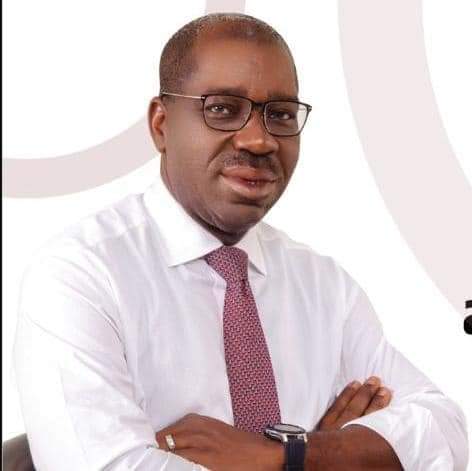 The Ijaw ethnic nationality has decried the continuous neglect and marginalization of her people in Edo State, insisting that the Ijaw speaking people, being aborigines of the state deserves commissionership position in the State Executive Council of the Governor Godwin Obaseki-led government.

They pointed out that in spite of their huge contributions economically and politically to the development of the state, they have been neglected in terms of infrastructure and anything that has to do with the government providing for the people.

Addressing the press at the weekend in Benin on behalf of the five Ijaw clans in the state and the entire Ijaw nation, Secretary, Ijaw Youth Council, IYC, Western Zone, comprising Ondo, Edo and Delta states, Comrade Olu-Derimon Omaghomi said he was sent by the Ijaw nation to express their displeasure about happenings in the state politically.

Omaghomi, who was flanked by clan chairmen, secretaries and woman leaders from the five clans in the state, lamented that out of the eleven (11) commissioner-nominees and two Special Advisers forwarded by Mr. Governor to the state House of Assembly for screening and confirmation, not a single Ijaw name was included despite voting for Obaseki massively in the 2020 governorship election.

In an emotion ladden-voice, he lamented: “We are not happy as Ijaw people. We are Ijaw people and we have five clans in Edo State namely, Egbema, Olodiama, Gbaraun, Furupagha and Okomu. And all these clans are economically viable. We have contributed economically to the growth of Edo State. And not just economically, but politically. Our votes from these five clans in the three local government areas of Ovia South-West, Ovia North-East and Ikpob-Okha were massive in the 2020 governorship election, but as I speak, there is political marginalisation of the Ijaw ethnic group in Edo State.

“Mr. Governor Sir, prior to your re-election in 2020, you made wide consultations with our leaders like Tompolo, Douye Diri, governor of Bayelsa State, our father, Edwin Clark and many other Ijaw leaders to help talk us to support you, and they did and our people yielded by voting for you massively. Of course, as we always have in politics, some of people may have not voted for you but majorly, the Ijaw people votes counted for the candidacy of Godwin Obaseki of the PDP and he was declared winner.”

He continues, “During the election, we lost a prominent woman who happens to be a major victim in the election, and till today as I speak, not a word of sympathy has come from the Governor let alone visiting the family particularly the children she left behind. This is an Ijaw woman that was in support of the PDP and Obaseki till her death.”

Further speaking on political marginalisation, he noted, “As we speak, Ijaw man is not in the state House of Assembly; Ijaw man is not in the House of Representatives; Ijaw is not even considered for chairmanship position in Edo State. I want to state that we are part of the system; we are not strangers, we are aborigine. In the three local governments areas I mentioned earlier, at least if the Ijaw man is not the chairman, he should be the vice-chairman, that is what can be regarded as equity, justice.

“Appointing an Ijaw as a commissioner in the state, heaven will not fall. During the military era, an Ijaw man was appointed Commissioner for Finance and he performed excellently. Ijaw man was once a governor of this state, the then Bendel State , he did well,” he added.

“Even our water ways are not cleared for fishing. If the governor is not considering us for road construction, he should help us clear our waterways for fishing, this is our major livelihood.”