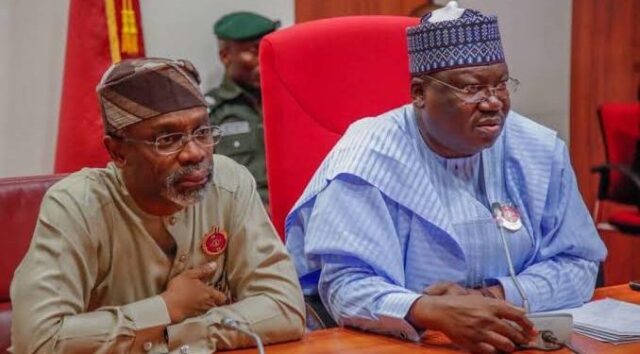 Traditional rulers in the country on Thursday urged the National Assembly to restore its constitutional powers which were eroded by the 1967 and 1976 Local Government Reform Decrees.

This is even as they presented a memorandum on their request to the Senate Committee on the review of the 1999 Constitution in Abuja.

The Sultan of Sokoto, His Eminence Muhammad Sa’ad Abubakar III, represented by the Etsu Nupe, Alhaji Abubakar Yahaya, made these assertions during a meeting with the Senate Constitution Review Committee which was attended by the Senate President Ahmad Lawan.

Yahaya said: “Between the 1920s and 1960s, Traditional Rulers were very influential and in charge of the Native Authority Administration.

“Indeed, the Nigerian First Republic Regional Governments had bi-camera legislative arrangement with the Houses of Chiefs serving as the upper chambers to those of the elected Houses of Assemblies.

“The society was at that time progressive, peaceful, decent and full of beautiful traditions and cultures.

“Lives and properties were sacrosanct and accountability and honesty were the hallmarks of the traditional local administrations.

He noted that major areas of conflicts in the country today are on religion, ethnicity and land resources.

He insisted that before the 1976 Local Government Reforms which stripped Traditional Rulers of their powers, “there were never any recorded serious incidences of religious, ethnic or land related conflicts where hundreds of lives were lost as is obtained nowadays.”

He said that the Maitatsine riot in Kano, the first major religious crisis in Northern Nigeria which claimed about 6,000 lives occurred in 1980.

He said that the same Maitatsine was deported to his native Cameroon in 1950 when he started to create problems in Kano by late Emir of Kano, Alhaji Muhammadu Sanusi I.

“He returned later after the reign of Emir Sanusi I and again started to cause problems.

“He was then jailed in 1973 by Emir of Kano, Alhaji Ado Bayero. After his jail term he was deported again to his native Cameroon but he returned during the 1979 political era and caused the death of thousands of people.

“That was because Emirs were then asked to ‘hands-off’ security and legal matters by the political authorities in accordance with the 1976 Local Government Reforms!” the Etsu Nupe said.

According to the royal father, the 1979 Constitution incorporated the functions of Local Governments as enumerated in the 1976 guidelines and also established a council of chiefs at the state level.

Yahaya added: “The 1999 Constitution, however, totally ignored the existence of Traditional Rulers and did not find it fit to include even the chairmen of States Council of Chiefs as members of the Council of State.

“There is currently no law at federal level or a constitutional provision recognising the Nigerian Traditional Institution.

ADVERTISEMENT
“It is important that the Senate Committee on the Review of the 1999 Constitution, and by extension the National Assembly as a whole, ensures that a constitutional provision is made with a view to creating roles for traditional rulers in matters involving religion, culture, security, justice and other ancillary matters.

“The Constitutional provision should provide for States to enact laws to cater for specific peculiar matters relating to traditional rulers in the respective states.

“In addition, the Chairmen of the States Council of Chiefs should be recognised by the Constitution as members of the Council of State as it has been in all the Nigerian Constitutions, except the 1999 one!”

Insecurity: Primate Ayodele In Fresh Prophecies On Governors, ‘Mourning In Villa’, Others