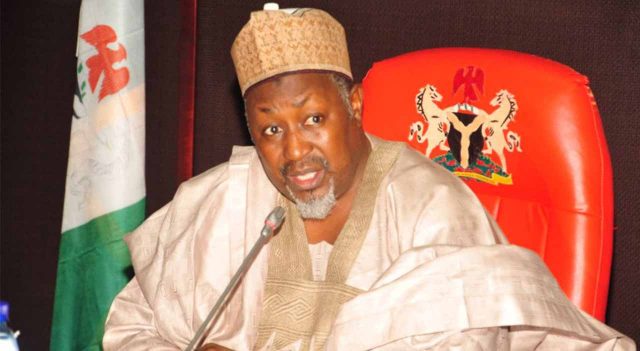 The Jigawa State Governor, Muhammad Badaru Abubakar, has sacked one of his Special Assistants.

This was contained in a Statement signed by the Secretary to the Government of Jigawa State, Alhaji Adamu Abdulkadir Fanini issued to Daily Post.

Dawaki A. Baima Kirikasamma was relieved of his appointment as Special Assistance to the Governor on Crop Production with immediate effect.

The Governor sacked the special assistant over alleged disloyalty.

Daily Post reported that the governor had recently sacked two of his Special Assistants including that of Environment II, Hamza Aliyu Kantoga and Inter-Party Relation.

According to the statement, all rights and privileges attached to his office as Special Assistant to the Governor on Crop Production have been withdrawn.

The statement, however, directed him to hand over all official documents and property to the office of the Secretary to the Government of Jigawa State with immediate effect.