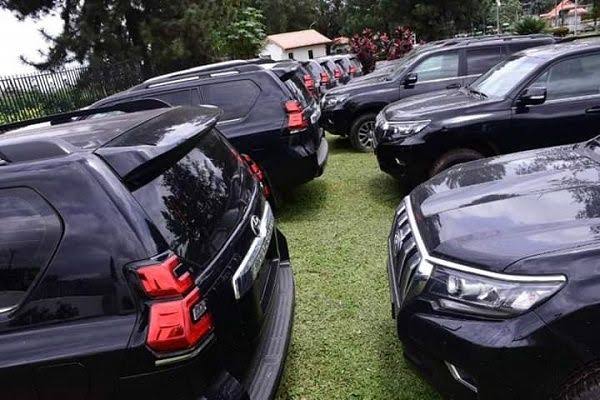 In order to insulate Judicial Officers from the influence of any person whosoever, whether a private citizen or any Government Official, our forebears in the Legal Profession promulgated a Revised Code of Conduct for Judicial Officers, which when applied to the letter, will allow a Judicial Officer to discharge his judicial functions which is sacred, without any affection or ill-will as enshrined in the Oath of Office for Judicial Officers.

By the spirit and letters of Section 121 (3) of the Constitution of the Federal Republic of Nigeria ,1999 (As Amended), it is an illegality ab initio for Governors to give cars to Judges as the said section indicates that all monies standing to the credit of the Judiciary shall be paid directly to the Heads of Court from the Consolidated Revenue Funds.

It is apposite at this juncture to situate the legality or otherwise of the practice of Governors sharing cars and other pecks to the same Judges that they have cases in their Courts.

Article 13. 4 of the Revised Code of Conduct for Judicial Officers of the Federal Republic of Nigeria states thus :

(i) A Judicial Officer may own investments and real property PROVIDED that in the management of his investments, he shall not serve as an officer, director, manager, general partner, adviser or employee of any business entity.

(ii) Otherwise permissible investment or business activities are prohibited if they:

(a) Tend to reflect adversely on judicial impartiality,

(b) Interfere with the proper performance of judicial duties,

(c) Exploit the judicial position; or

So, what this article of the Revised Code of Conduct for Judicial Officers in Nigeria presupposes is that a Judicial Officer is not supposed to carry out activities that will involve the officer in frequent transactions with legal practitioners or with people who are likely to come before their Courts, like the Governor of a State, who has a plethora of cases in his personal and official capacity in the same courts of the Judges, he is sharing cars to.

Such transactions are quite untidy and leave much to be desired and it is against the extant provisions of the Revised Code of Conduct for Judicial Officers of the Federal Republic of Nigeria.

This is even more so when we consider Article 13.5. of the Revised Code of Conduct for Judicial Officers of the Federal Republic of Nigeria, which provides thus:

A Judicial Officer and members of his family shall neither ask for nor accept any gift, bequest, favour or loan on account of anything done or omitted to be done by him in the discharge of his duties.
A Judicial Officer is, however, permitted to accept:
(i) Personal gifts or benefits from relatives or personal friends to such extent and on such occasions as are recognized by custom.

(ii) Books supplied by publishers on a complimentary basis.

(iii) A loan from a lending institution in its regular course of business on the same terms generally available to people who are not Judicial Officers;

(iv) A scholarship or fellowship awarded on the same terms applied to other applicants.”

So, from the provisions above, can it be said that any gift made to a Judicial Officer, by a Governor is not a ”gift, bequest, favour … on account of anything done or omitted to be done by him in the discharge of his duties “?

The Judiciary like Caesar’s wife must be above board. Such acts or omissions, which give right-thinking members of the public any impression to the contrary must be avoided at all times.

The financial independence of the Judiciary has been established by the Constitution. The Judiciary itself especially at the state level already has monies standing to its credit by the Revenue they generate which includes but are not limited to monies paid for Affidavits, filing fees, default fees for filings, fines in lieu of custodian sentencing, money paid for money lender’s licence, 10 percent of the value of either money in a deceased’s account and 10 per cent of the value of a deceased’s properties, shares or pension before his beneficiary can access same. When you see the Board of Internal Revenue of a State declare humongous amounts as revenue generated in a State, a huge chunk of it is money generated from Judiciary, which is money standing to the credit of Judiciary as of right. The Governors often take this money, use them to buy cars and give a little more to the Judiciary with the Judiciary going cap in hand like Oliver Twist to ask for more. The whole thing is a charade that compromises the integrity, fairness and transparency of the judicial process. Budgeting is Governance. He who approves and releases the budget of an Institution controls the Institution.

Any process carried out by a Governor related to sharing cars to Judicial Officers who will end up adjudicating over matters, where such Governors, their relatives and the Government will end up being Parties before the same Judicial Officers who have received cars and other gifts of any kind from them, is an illegality ab initio and it offends Section 36 of the Constitution of the Federal Republic of Nigeria,1999 (As Amended), which states that a Court shall be constituted in a manner that guarantees its Independence. Such ex parte transactions by Judicial Officers with Governors, without the other parties who have cases in court against them being involved, compromises the credibility and integrity of the process. This practice must stop forthwith.

The NJC should enforce its own Rules and issue a circular to the effect that such ex parte transactions are now prohibited. The NBA at the Local and National Levels, should tackle this issue head-on and call the attention of the relevant authorities to this abnormality.

A Judicial Officer by his oath of office is obligated to perform his duties, ”without any affection or ill will“. This must be put into practice. The Truth is bitter, but it should be said as it is.

Douglas Ogbankwa Esq., is a Benin based private legal practitioner, who is the immediate past Publicity Secretary of the Nigerian Bar Association, Benin Branch-the Lion Bar and the President of the Vanguard for the Independence of the Judiciary. 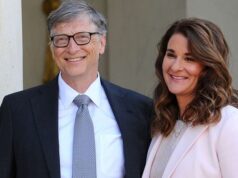 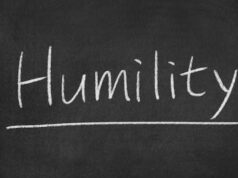 Never Look Down On Anybody Unless You’re Helping Them Up

Insecurity: If We Had Listened To Kashim Shettima And Others