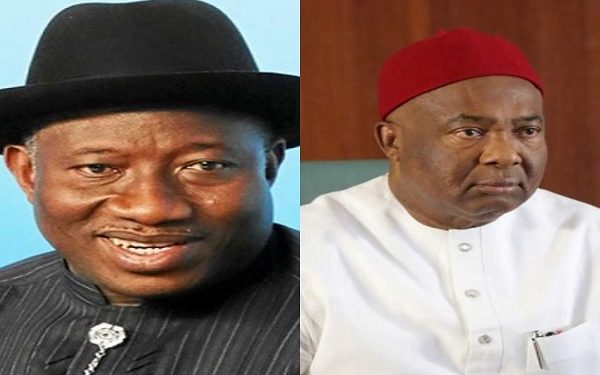 Although, Jonathan told journalists in Owerri that he was in the State for the commissioning of a hospital along airport road, but it was gathered that he entered into a closed door meeting with the governor as speculations are rife that the former president may have continued his consultation on his alleged plot to dump his People’s Democratic Party (PDP) for the ruling All Progressive Congress (APC).

However, Chief Press Secretary and media adviser to Governor Uzodimma, Oguwike Nwachuku when contacted denied the speculation insisting that the former president visited the State for the hospital commission.

According to him, “Jonathan cannot join APC without making it public, the former president is not a small person that he will not make public his intention to join any party, it’s just rumour.

“He came into the State to commission a hospital built by an illustrious son who is a reverend father, ignore their speculations.” Nwachukwu said.