Following reports that Operatives of the Economic and Financial Crimes Commission, EFCC and some officers of the Nigerian Police, on Friday stormed the Maitama home of Supreme Court Judge, Justice Mary Odili, in Abuja, the Governor of Rivers state, Nyesome Wike, Friday night visited the house to confirm the story.

Others spotted at the house include: Abiye Sekibo, former minister of transportation; Raymond Dokpesi, founder of DAAR communications; Austin Okpara, former deputy speaker of the house of representatives; and Okon Aniete and Lee Maeba, a former senator.

Report had it that some anti-graft agents invaded the judge’s home to execute a search warrant as part of investigations into her husband, Peter Odili, who is a former Governor of Rivers State. 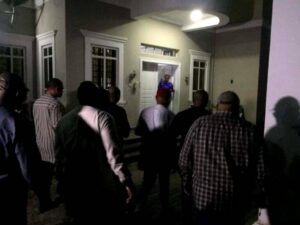 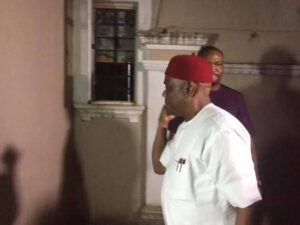