Imo State Governor, Hope Uzodinma, has accused Indigenous People of Biafra and its leader, Nnamdi Kanu, of hijacking the Eastern Security Network from the governors of the South-East region.

The governor, who met with journalists in Owerri on Friday night, disclosed that the South-East governors would be meeting in Owerri, the Imo State capital, to outline modalities that would see to the birth a security outfit for the region.

Uzodinma disclosed that the South-East governors had agreed and put in place modalities to establish ESN but Kanu hijacked the name of the outfit.

The governor also accused Kanu of using ESN operatives to cause mayhem in the region.

He said, “The governors will not want to be a copycat, especially with the pressure put on us after the formation of Amotekun by the South-West governors.

‌
“In the next couple of weeks, governors of the South-East will hold a security summit in Owerri with a view to fashioning out modalities for setting up a security outfit for our region. We will hold an elaborate discussion with a view to finding a lasting solution and to complement the work of security agents in the country.

“It is necessary for every zone to be vigilant and have a security outfit, especially with the present situation we have in this country. We cannot lose fate with the management of security in our region and at the same time, we must be careful in the way we go about it.

“South-East governors tried to set up the Eastern Security Network by working with Ohanaeze Ndigbo. The attorneys-general of the five South-Eastern states have already anchored a report on it and before we know it, IPOB hijacked the name and started using it to commit crime.

“That arrangement has not stopped. We are trying to take a review. We will come up with an outfit that will be lasting. We don’t want to do things because others have done it or be copycats. There are permutations and we must defend our people and ensure that there is no external aggression.

“It is not failure of government because the primary responsibility of government is to protect the lives and property of the people.” 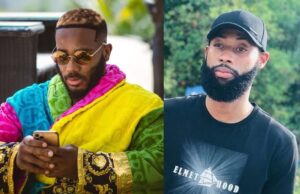 Afemai Reporter - April 14, 2021
0
Two Big Brother Naija stars, Kiddwaya, and Tochi are at headlock with each other, as the billionaire kid, Kiddwaya has warned his ex-housemate never...