A lady identified as Mologadi has narrated how she found out that her husband was sleeping with 20 girls and subsequently infected her with STI.

According to the lady who expressed her joy about going through her partner’s phone, she found out that he was not only seeing 20 women, but was also deep in debt.

“I’m glad I went through his phone, was super shocked by the things him and his friends (all married) get up to. Filed for divorce and went for a full STI check up. Ofcourse he was angry I “invaded his privacy” coz he didn’t anticipate that this time I’ll file & leave him for real.

He’s been cheating for a while but I always thought it’s just the usual 1 chick here and there. I found out he was sleeping with 20 girls, deep in debt because of his alternate lifestyle & I caught an STI because of his philandering”.

“I’m not going to defend leaving a man that gave me STI’s and sleeping with over 20 women in under a year while I’ve been faithful & loyal for the whole 17 years he’s been a serial cheater.” 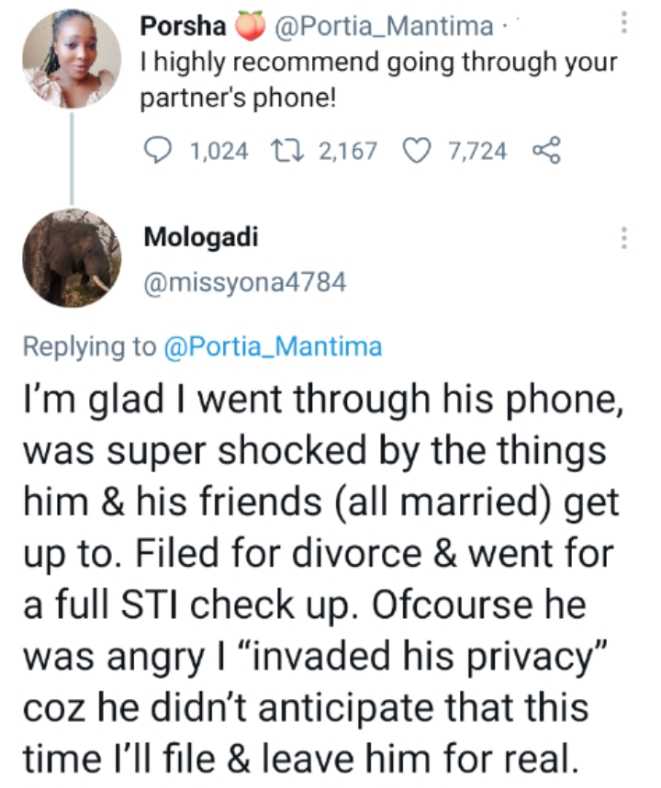 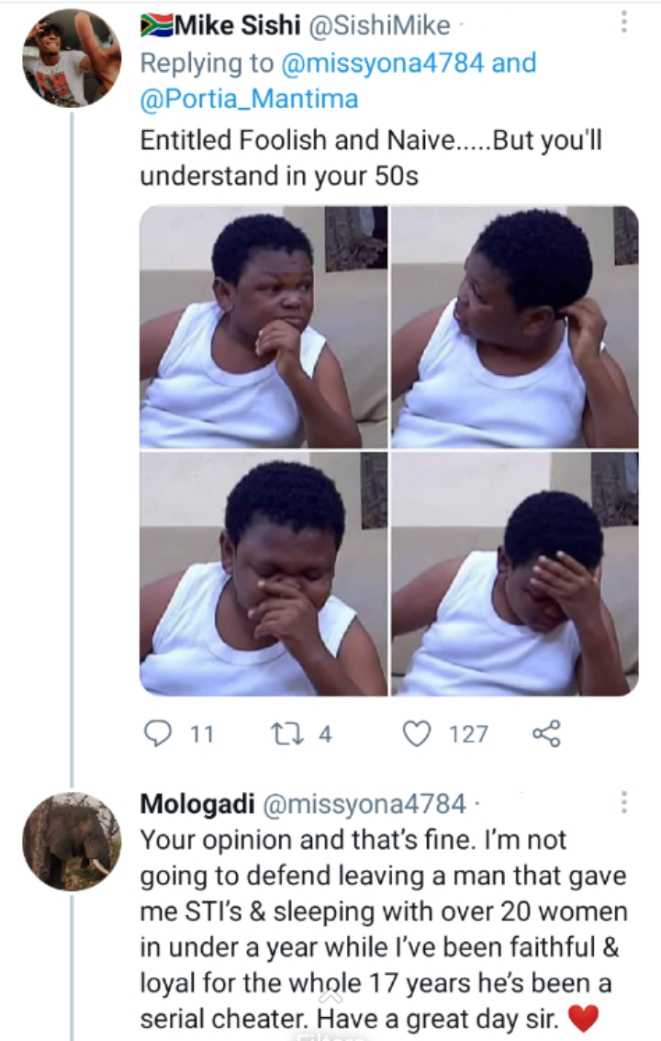 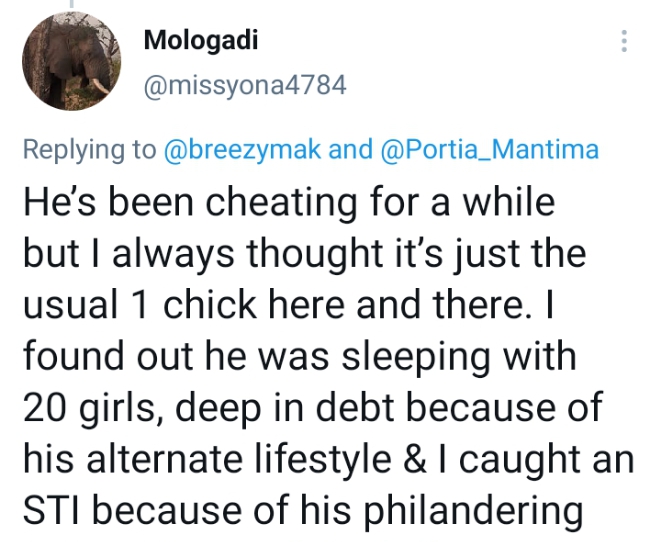