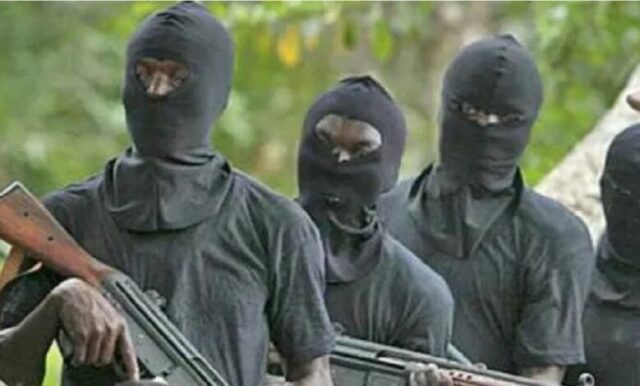 Masked gunmen have invaded a popular supermarket in Enugu metropolis, carting away bags of rice, cartons of noodles, soft drinks and other expensive items worth millions.

Eyewitnesses told The Nation the masked gunmen numbering nine, stormed the supermarket in three Hilux vans and shot sporadically into the air before loading goods from the shop into their waiting vehicles.

The gunshots scared away passersby as the robbers carted away valuables, including about 40 bags of rice, cartons of noodles, gas cylinders, cartons of beer and soft drinks among others.

It was learnt the robbers had a field day as no operatives from Ogui police station, which is a shouting distance from the scene, interrupted while the robbery lasted.

When contacted, spokesman of Enugu Police Command, Daniel Ndukwe, said he would have to verify the information before commenting was yet to get back as at the time of filing this report