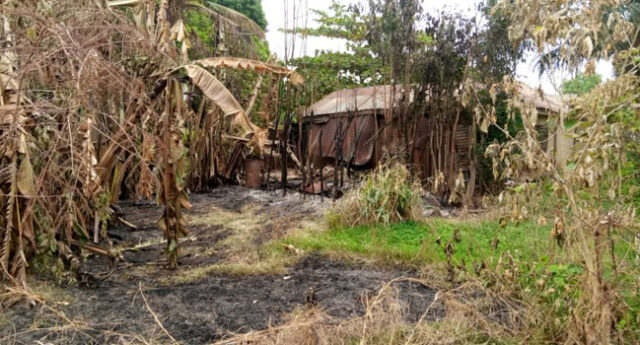 Criminal hideouts in Benue State have been raided by men of the Nigerian military, a development that led to the death of 12 alleged bandits and recovery of arms.

It was learnt that the criminals attacked military troops around Bonta village and adjourning communities in Konshisha Local Government Area of the state on Tuesday.

The communities had been witnessing communal clash in past months over a land tussle, a development which made the government draft military troops to patrol the area.

The publication reports that the troops were ambushed and attacked around Bonta Village by suspected ‘Bonta Boys’ who allegedly seized some of the soldiers, on grounds that they (troops) destroyed their illegal roadblocks.

Community sources said that following the attack, the military stormed the village with helicopters and with the support of land troops on a revenge mission.

It was learnt that they destroyed all houses and hideouts suspected to be criminal hideouts, recovering several arms.

Residents of Bonta Village and environs, as of press time, have deserted their homes and are currently taking refuge at Tse-Agbaragba, headquarters of Konshisha Local Government area.

Meanwhile, the Police Public Relations Officer (PPRO), DSP Catherine Anene has said she is not aware of any raid by the military in Konshisha Local Government area.

Similarly, the Nigerian military is yet to confirm the development.