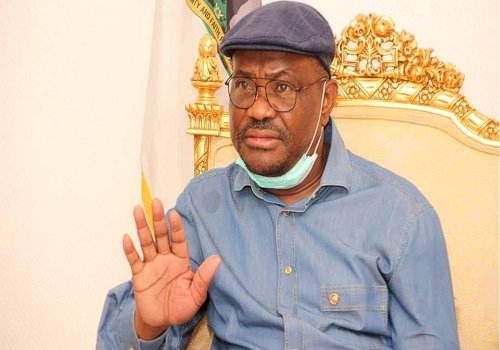 Wike stated this at the inauguration of the Isaiah Odoli/Omerelu Streets in New GRA Phase 1 in Obio-Akpor Local Government Area on Wednesday.

He asserted that those who considered the All Progressives Congress (APC) as a better alternative to the Peoples Democratic Party (PDP) during the 2015 poll, must be regretting the current situation in the country.

“Since APC came into power, you can now see what Nigeria has turned to. Each day you wake up, you hear people are being killed.

Nigerians in a state of panic – Ifeanyi Ubah
“If you watch television and read the news in newspapers, you will hear so and so number are killed or kidnapped in so and so state.

“That is not what I thought all of us needed. The country is on oxygen (life support). Nobody knows what will happen next,” Wike said.

He also called on well-meaning Nigerians to continue to pray for the country.