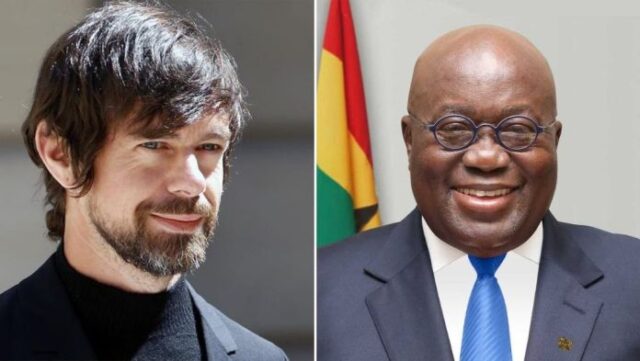 Nigerians have taken to social media to make their opinions known after social networking service, Twitter, decided to make Ghana its African headquarters.

Twitter co-founder, Jack Dorsey, revealed on Monday, 12 April, that it had finally set up an office in Africa and it would be in Ghana. He thanked the people and the president of Ghana.

“Twitter is now present on the continent. Thank you Ghana and president Nana Akufo-Addo,” he tweeted.

Reacting, Ghana’s President thanked Twitter for its decision, adding that he had met with Dorsey and he was confident the move would be the beginning of new things.

Akufo-Addo tweeted, “The choice of Ghana as headquarters for Twitter’s Africa operations is excellent news. The government and Ghanaians welcome very much this announcement and the confidence reposed in our country.

“As I indicated in our virtual meeting of April 7, 2021, this is the start of a beautiful partnership between Twitter and Ghana, which is critical for the development of Ghana’s hugely important tech sector. These are exciting times to be in, and to do business in Ghana.”

The development, however, caused a series of reactions on Twitter which is believed to be the most radical social network.

The senate is currently deliberating on protection from internet falsehood and manipulations bill 2019 commonly known as the Anti-social media bill.

It seeks to criminalise the use of social media in peddling false or malicious information. It was sponsored by senator Mohammed Musa, a member of the President’s party, the All Progressives Congress.

Another member of the President’s party, Adamu Garba, had last year sued Twitter for supporting the #EndSARS protests but he later withdrew the case.

The development caused a debate on social media with many blaming it on Buhari.

Reacting to the development on Monday, Garba tweeted, “I pray Ghana would not allow their country to be used as a platform for the orchestration of nuisance on the African internet space. Nigeria is safer with the hypocrisy of Twitter. We shall have to improve on our methods for elimination of fake news on the information space.

“They just hate Nigeria because they know that the only country that can be the next African superpower, fully democratic, highly mobile population and the good working-age population in Nigeria. Twitter came to Ghana to target the Nigerian market. They won’t admit they need us, but we know.”

A member of the Peoples Democratic Party, Oke Umurhohwo tweeted, “Another Big L for Nigeria who despite having the biggest active social media users, we got overlooked for Ghana. This is obviously because of the anti-business policies of APC and Buhari. Shameful!”

@opeyemifolarin1 tweeted, “Leadership is everything. Democracy is thriving in Ghana and it’s evident in the peace and stability witnessed in the country and it has contributed significantly to the productivity level and boosting investors’ confidence in Ghana economy.”

@ananabannamdi tweeted, “Largely based on textbook definition Nigeria is the largest economy in Africa and probably the largest social media engaging ecosystem in Africa as well. Sadly, the nature of political hijacking, state capture, bad governance and more decadence has made us chop another “L” again!”

“But Jack, Nigeria has one of the biggest Twitter presence in Africa. Don’t worry, FG will make ease of doing business much better,” @Morris_Monye tweeted.

However, Buhari’s aide, Tolu Ogunlesi, downplayed the development, saying Facebook had also announced that it would be opening an office in Lagos.

“Ghana got Twitter, Nigeria got Facebook (operational H2 2021). God be praised. Let’s be happy for each other. Not everything is a fight, dears. Ghana, congratulations,” he tweeted.