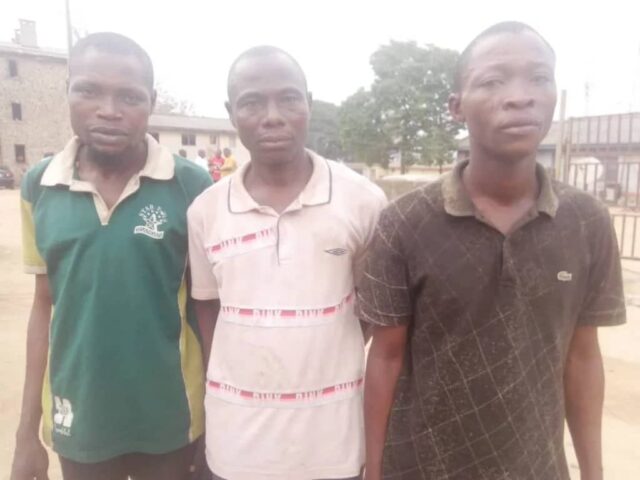 AfemaiReporters recalls that the command had on Sunday arrested the OPC members.

The OPC members were arrested after the OPC arrested Isikilu Wakili, a Fulani herdsman. Wakili has been accused of masterminding series of attacks, killings and kidnappings cases in Ibarapa geo-political zone of the state.

The zone had witnessed series of security breaches due to notorious activities of suspected Fulani herdsmen who were accused of terrorising innocent citizens.

Among notable persons killed in the zone by suspected gunmen were Mrs. Sherifat Adisa and Dr. Fatai Aborode.

Unconfirmed information, which surfaced in Ibadan, the state capita, had it that the arrested OPC members had been transferred to Abuja for further investigation, but the police command in the State insisted that all the OPC members are still in Ibadan.

Police Spokesman, Olugbenga Fadeyi told Daily Post that the OPC members are still in Ibadan, contrary to insinuation that they had been transferred to Abuja.

Our correspondent, however, gathered that the three OPC members have been released after much pressure over the circumstances that lead to the arrest of the OPC members.

The OPC members were released on bail on Tuesday, Daily Post gathered.

Daily Post gathered from sources that the three men were released from Iyaganku police station at about 5.40 pm on Tuesday.