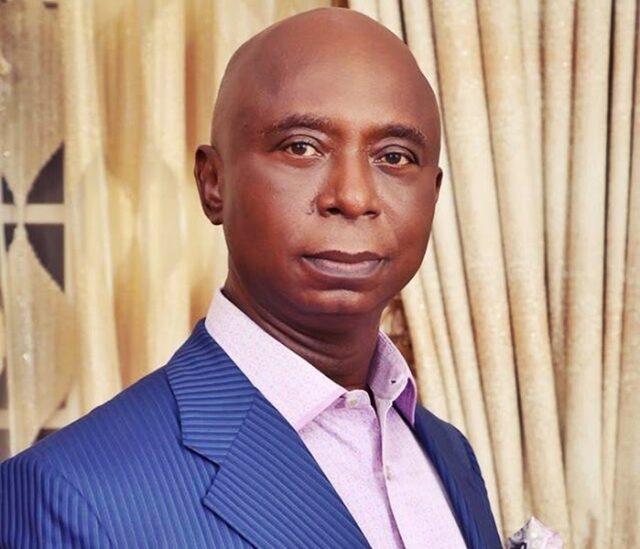 Ned Nwoko, one of the federal government’s six creditors controversially owed $418million debts associated with the Paris Club refund, has criticized the Nigerian Governors’ Forum’s recent protest letter against the payment of the money.

In a September 6, 2021 letter to the Attorney-General of the Federation, Abubakar Malami, Mr. Nwoko said there was no justification to continue to withhold the payment of his $148 million share of the money.

According to Premium Times, Nwoko accused the governors of alleged diversion of a staggering US$142 million [N58 billion] which accrued to him, as part of judgment debts on excess deductions from the local governments.

Writing through his team of lawyers, the former federal lawmaker said the governors’ suits challenging the indebtedness, which they cited in their protest letter, had no bearing on his case.

“There is no case in court over the payment to our client to warrant a stay of execution of the judgment by the Federal Ministry of Finance,” Mr. Nwoko’s legal team, led by Joe Gadzama, wrote.

The Street Journal had reported that the governors wrote to the finance minister, Zainab Ahmed, following her directive to issue promissory notes to the creditors.

The promissory notes, when issued, are to authorize payments to the creditors through deductions from the monthly allocations of state and local governments for 10 years.

President Muhammadu Buhari had approved the issuance of the promissory notes to the creditors, ignoring repeated calls by the Kayode Fayemi-led NGF for the suspension of the payment for a forensic audit to be carried out.

Mr. Fayemi, the Ekiti State governor, since becoming the chairperson of the NGF in May 2019, had been asking for a forensic audit into the agreements and the work done by the creditors leading to the monetary judgments validating their monetary claims.

Some creditors claimed to have executed contracts for the Association of Local Government of Nigeria (ALGON), a claim the association and an Economic and Financial Crimes Commission (EFCC)’s report had discredited.

Virtually all the “consultants and contractors” obtained consent judgments awarding the humongous amount of funds in their favor. But the current leadership of the NGF and ALGON demand that the awards be scrutinized before the creditors are paid.

Mr. Nwoko’s lawyer said he had previously “corrected the obvious fundamental error which Mr. Falana, Senior Advocate of Nigeria (SAN), had fallen into”.

He pointed out the governors’ alleged mix-up between his case and the one the NGF was challenging in court.

According to him, “the payment by promissory notes” to Mr. Nwoko “is not founded on Suit No. FHC/ABJ/CS/130/2013 which Mr. Falana, SAN, is seeking leave to appeal against”.

“The judgment being enforced, with respect to our client, is a CONSENT JUDGEMENT in which the NGF, Mr. Falana’s client, is a party to, that is Suit No. FHC/ABJ/CS/148/2017.”

The lawyer, Joe Gadzama, also argued that it was erroneous for the NGF to ask the finance minister to stop the payment based on their pending suits which he said had nothing to do with the judgments his client was enforcing.

“It is unfortunate that what is essentially a legal issue of a simple contract is being politicized and sensationalized to skew public opinion and blackmail the Federal Ministry of Finance into declining the payments.”

Justifying Mr. Nwoko’s entitlement to the monetary claim, Mr. Gadzama said his client spent his funds to execute the contract with payment hinged on the success of the recovery of over-deducted Paris Club and London Club loan for the NGF and ALGON.

He added that despite the risk of bearing the whole of the possible losses, Mr. Nwoko engaged other professionals and “in some cases borrowed through private arrangements to achieve the objective”.

Mr. Nwoko’s lawyer also noted that his client “gave substantial concessions to the NGF and discounted the sum he is entitled to in the judgments being enforced”.

According to him, EFCC had investigated and issued three reports exonerating Mr. Nwoko of any wrongdoing concerning his claim.

But according to reports, EFCC had in a previous report sent to the AGF office questioned the legitimacy of the $159million being claimed by one of the six creditors.