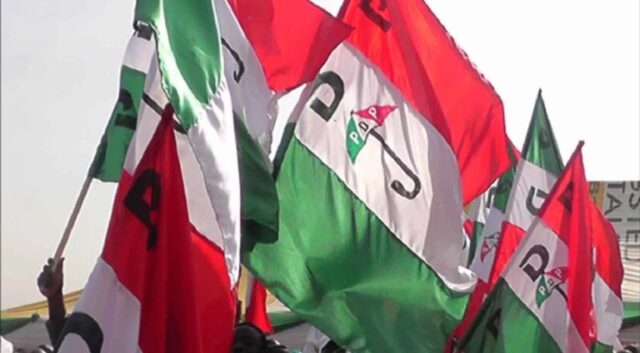 According to The Punch, The Peoples Democratic Party says the failed robbery attack in Aso Rock on Monday shows that the President, Major General Muhammadu Buhari (retd.), lacked the capacity to secure Nigeria.

The source had reported there was an attempt by armed robbers to burgle the residence of the Chief of Staff to the President, Ibrahim Gambari, early Monday morning.

The Senior Special Assistant to the President on Media and Publicity, Garba Shehu, described the attack as “a foolish attempt”, claiming that the incident that happened around 3 am was not successful.

PDP in its reaction said the attempted robbery in the residence of Gambari has heightened apprehensions over the capacity of presidency to secure the nation.

The party said, “The @OfficialPDPNig is alarmed by the invasion of Aso Presidential Villa by bandits and armed robbers, saying the development further points to the collapse of security command structure under President @MBuhari’s incompetent watch.

“All over the world, the Presidential Villa, as the seat of power and national sovereignty, is the fortress of the nation that ought to have impregnable security.

“As such, any breach of security, particularly by outlaws and in sequence, sends a clear danger signal to the overall security of the nation.

“It is imperative to state that such security infraction, that gave way for outlaws to invade the Presidential villa in sequence, inspite of its perceptibly secured ambience, can only happen under an absentee President, who have not demonstrated the required capacity expected of his office.”

The PDP also recalled that there was security breaches in June last year in Aso Rock, involving a shooting, arising from a bitter squabble between members of the president family and some security aides.

“Our party is worried that if President @MBuhari cannot guarantee the security of the Presidential villa, then his capacity to secure the entire country is no longer assured.

“The @OfficialPDPNig, therefore, urges President @MBuhari to wake up from slumber, review his security architecture and take decisive steps, beyond his lethargic body language, to secure our nation,” it added.