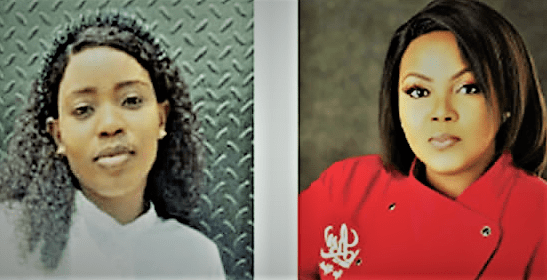 Just as the Federal Competition and Consumer Protection Commission (FCCPC) has moved to investigate the controversial deaths of Mrs. Peju Ugboma and Ms. Omolara Omoyajowo, the management of Premier Hospital, Victoria Island, Lagos have released a statement.

The Street Journal had earlier reported that Premier Hospital was called out for negligent acts that led to the death of Peju, a Lagos-based pastry chef.

“The Premier Specialists’ Medical Centre is saddened by the loss of Mrs. Peju Ugboma. We expressed our profound condolence to her husband, children, mother, and the rest of the family.

“We are doing our own internal audits of the events and processes surrounding her demise. While we are committed to protecting the privacy of our patients at all times, we are forced by all concerns of our numerous patients and the comments and speculations in the social media to put out this brief statement.

“May her soul rest in peace,” the statement sighted by The Street Journal read.

However, the FCCPC said that the initial information it gathered was sufficient to open an active investigation into the death of both patients.

The FCCPC, in a statement issued on Monday by the Executive Vice/Chief Executive Officer, Babatunde Irukera, said the Commission was harvesting information preparatory to seeking redress in line with its Act.

“Between Friday, May 7th and Sunday, May 9th, the Federal Competition & Consumer Protection Commission learned from multiple channels and sources about the sad and unfortunate deaths of Mrs. Peju Ugboma after a surgical/medical procedure at Premier Hospital, Victoria Island, Lagos State; and Ms. Omolara Omoyajowo after receiving care at Beachland Specialist Hospital, Arepo, Ogun State.

“With respect to late Mrs. Ugboma, publicly available information suggests that she was admitted at Premier Hospital, Victoria Island, Lagos State, on Thursday, April 22nd, 2021, to undergo what appeared to be an elective procedure on Friday, April 23rd, 2021.

“The information also imply that the procedure appeared to be uneventful, and the patient survived the operation.

“However, subsequent to the procedure, complications may have arisen. Premier continued management, including intensive care. The patient invariably deteriorated.

“On Sunday, April 25th, 2021, a decision was made to transfer the patient for further care and management to Evercare Hospital, Lekki Phase 1, Lagos.

“She was transferred accordingly. Mrs. Ugboma ultimately died in the afternoon of Sunday, April 25th, 2021.”

Regarding late Omoyajowo, the Commission said available information seemed to indicate that she was admitted at Beachland Specialist Hospital in Arepo, Ogun State on Wednesday, May 5th, 2021, where she was receiving medical attention.

“Her condition appeared to deteriorate, and the hospital decided that the patient needed to be transferred to a teaching hospital in Lagos State.

“She was thereafter transferred. Ms. Omayajowo was declared dead on arrival at the next facility on Thursday, May 6th, 2021.

“In both cases, relatives and friends allege mismanagement including failure of professional standards; as well as patient care/customer service standards including timely responses to requests.”

For a proper inquest into the case, the Commission said it had issued notices of commencement of Investigation and Summons to Produce to relevant persons/entities.

“The Commission is also communicating with the Medical & Dental Council of Nigeria, to expand engagement to the extent that any pertinent conduct may be otherwise unprofessional and, or may be subject of any disciplinary process (if applicable)”, the statement by FCCPC read.

“To this end, the Commission invites information from the public that may assist in this investigation, including where same is not directly applicable to these incidents, but potentially relevant to a robust and more meaningful inquiry into the subject matter or similar/ancillary occurrences with respect to the parties identified in, or relevant to these investigations,” it added.