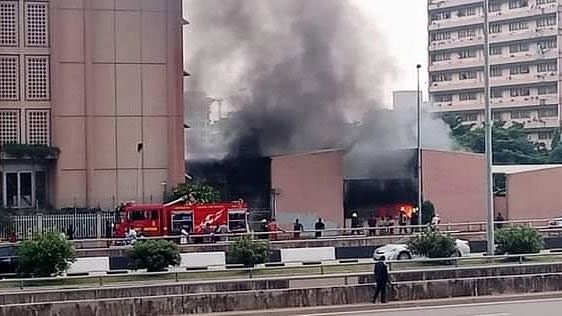 This is not the first time Primate Ayodele’s prophecy will be getting fulfilled almost immediately after he said it but at every point in time things like this happen, it is worth celebrating because hardly do we see men of God having such records.

Just last week, the prophetic message he released for the celebration of Nigeria’s 61st independence was fulfilled within twenty four hours. He released lot of prophecies and one of them was that an aspirant will be kidnapped. The prophecy was fulfilled in Anambra where the candidate of Labour party in the forth coming election was kidnapped.

Some days after he released these prophecies, Primate Ayodele granted an interview with City People Magazine where he gave some prophecies about the affairs of the country. As we know, Primate Ayodele’s prophecies are warnings to anyone involved. In this interview which was released three days ago on city people magazine (http://www.citypeopleonline.com/neither-tinubu-nor-atiku-will-be-president-in-2023-primate-ayodele-drops-bombshell/), Primate Ayodele stated that he foresees fire outbreak at the federal secretariat in Abuja.

Many didn’t pay attention to it because humanly speaking, one would never have thought such would occur but Primate Ayodele being a highly spiritual man saw this happening and shockingly, news broke out yesterday that federal secretariat in Abuja was on fire and that about 20 cars have been destroyed as a result of the fire incidence.

No doubt, Primate Ayodele has continued to bring value and respect to the Prophetic ministry with not just the frequent release of his prophecies but the immediate fulfilment of the prophecies.