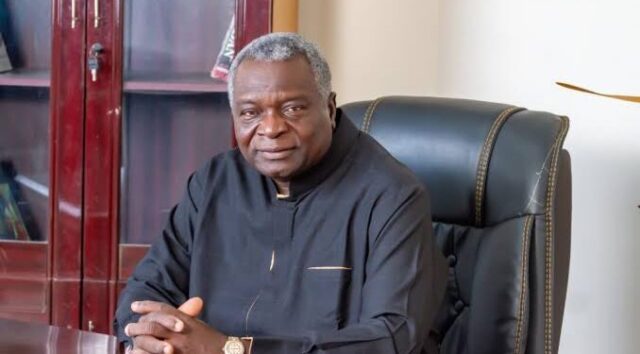 Former Governor of Osun State, Olagunsoye Oyinlola, is the consensus candidate for the position of National Chairman of the opposition People’s Democratic Party (PDP) ahead of the October 30 National Convention.

The forecast is in the aftermath of checks amongst various interest groups in the main opposition, who have agreed to sink their differences and support Oyinlola’s candidature following ongoing negotiations and the politician’s national appeal.

His emergence came on the heels of a meeting of the National Executive Council, NEC, held in Abuja on Thursday, which effectively sealed the fate of the embattled ex-National Chairman, Uche Secondus.

Oyinlola is also being propped by former President Olusegun Obasanjo.

Clocking 70 in February, Oyinlọla is former Governor of Osun State.

He was sworn in on May 29, 2003, and was re-elected in 2007 under the auspices of PDP, until the Court of Appeal nullified his election in November 2010 in favour of Ogbeni Rauf Aregbesola of the Action Congress (AC).

Oyinlola is a Prince from the royal family of Okuku town, in the Odo Ọtin Local Government Area of Ọṣun State. His father, Oba Moses Oyewole Oyinlola, reigned as the monarch of Okuku, from 1934 to 1960.

After leaving secondary school at the age of 18, Oyinlola joined the Nigerian Army in 1969.

He holds double Master’s degrees in Defence Studies , and in Strategic Studies.

Appointed the Military Administrator of Lagos State from December 1993 to August 1996 during the General Sani Abacha administration, he later retired as a Brigadier-General in 1999.

After several years with PDP, he defected to the All Progressives Congress (APC) shortly before the 2014 Osun State governorship election.

He was later appointed Chairman of the National Identity Management Corporation (NIMC).