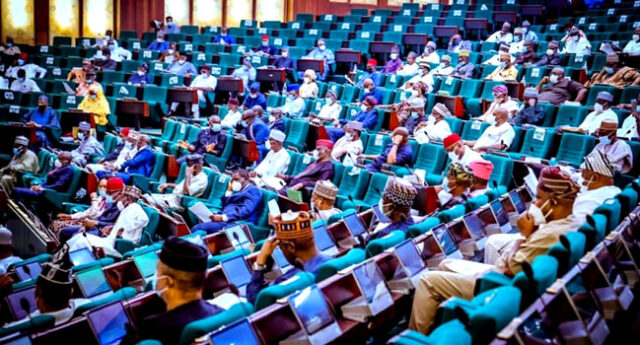 The Senate has condemned what it described as the “unlawful” encroachment and arrest of Nigerians by the authorities of the Republic of Benin.

Accordingly, the upper legislative chamber directed its Committees on Foreign Affairs, Judiciary, Human Rights and Legal Matters, as well as States and Local Governments, to interface with the Federal Ministry of Foreign Affairs, the Federal Ministry of Justice and National Border Commission to urgently put in place the necessary mechanism that would provide lasting solutions to the issue.

The upper chamber’s decision to intervene was reached amid its resolutions, following a point of order raised by Senator Tolu Odebiyi (APC, Ogun West).

Coming under Order 42 and 52 of the Senate Rules, Odebiyi recalled the numerous reports of alleged encroachments into Nigeria’s territory by authorities of the Republic of Benin, which, according to him, “has become increasingly disturbing.”

He said, “Reports revealed by Nigeria’s major news outlets like the PUNCH newspaper, published on the 22nd of April 2021, and another report published on the 5th of July 2021 bears testament to these facts.

“Specifically, according to a report by CHANNELS TV station posted on the 2nd of July 2021, it was reported that, “gendarmes” from the Republic of Benin crossed illegally into Nigeria territory to carry out the arrest of one Pastor Kunle Garb and Mr. Benjamin Amosu, his interpreter, who are residents of Igbokofi Village in Yewa North Local Government Area of Ogun State for demanding the reversal of the land encroachment by Government of the Republic of Benin”.

He added that the arrest of these Nigerians is based on the allegation that they are resisting encroachment into Nigerian Land through Igbokofi village in Yewa-North local government area of Ogun state.

According to him, these allegations of encroachment have been also flayed by the government of the state as published in a release from the State Government calling on the Federal Government to immediately secure the release of Nigerian citizens currently languishing in detention in the Republic of Benin as a result of their resistance to the continued encroachment.
“Continuous “unchecked” Egress and Ingress of persons at the different entry points and borders between Nigeria and the Republic of Benin – the country’s closest neighbour, are largely the result of the porosity of our country’s borders”, he alleged.

He lamented that the said Pastor Kunle Garb and Mr. Benjamin Amosu were allegedly arrested in Nigeria in a gestapo style and shipped to prison in Ajase, Port Novo area of Benin Republic, without an order of a competent court of jurisdiction in Nigeria.
The sad event he warned, was in contradiction to the mutually beneficial bilateral relationship that is currently in place between both countries and is a huge deviation from the provisions of Section 6 of the Extradition Act, CAP E25, Laws of the Federation of Nigeria 2004 which clearly states the processes in matters of Extradition.
“This action by the government and agents of the Republic of Benin are capable of causing huge unrest, and can lead to mass action against citizens residing in both countries”, he stressed.

The Senate in its resolutions, condemned any act of unlawful encroachment and the unlawful arrest of Nigerians by the authorities of Republic of Benin.
It also directed its Committees on Foreign Affairs, Judiciary, Human Rights and Legal Matters, and States and Local Governments to interface with the Federal Ministry of Foreign Affairs, the Federal Ministry of Justice and National Border Commission to urgently put in place the necessary mechanism that would provide lasting solutions to this issue