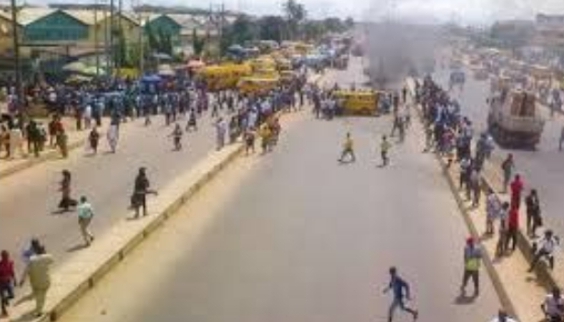 A clash between members of the Oodua People’s Congress (OPC) and people suspected to be cultists has left six persons dead in Owo local government area of Ondo state.

Two houses were set ablaze
in the fracas at Idasen and Ijebu.

The clash has created tension in Owo as residents locked themselves indoors for fear of being caught in the shootout between the cultists and members of the vigilante group.

Business centres were hurriedly closed while security men paraded the town to curb the violence.

A reliable source said the crisis
was caused by attempts by friends and relations of cultists to avenge the death of their members allegedly killed earlier by the OPC during a shoot out in the town and at the government forest reserve.

Some members of the OPC including their commandant, it was gathered have reportedly gone into hiding as the cultists embarked on a revenge mission.

The chairman of the local government, Mr. Olabade Adegbegi said calm has returned to the town and warned trouble makers that government will deal decisively with those fomenting crisis.