On July 8, US President Joe Biden announced that America’s 20 years military mission in Afghanistan will end on August 31, not knowing or knowing that 37 days later, Afghanistan will crumble in the hands of the strict Islamic fundamentalists, the Taliban, which will see President Ashraf Ghani flee the seat of power in Kabul. The Taliban’s rapid advancement of capturing 26 of Afghanistan’s 34 provincial capitals in the space of less than two weeks forced President Ghani to seek refuge in the neighbouring Tajikistan as the group entered the Afghan capital, Kabul, and took control of the Presidential Palace.

Unlike ISIS, Al-Qaeda, Al-Shabab or Boko Haram, the Taliban or the “students”, in Pashto language, emerge in the 1990s in northern Pakistan following the Soviet withdrawal of its troops from Afghanistan. While expanding its territory towards enforcing their own version of Sharia law once it rises to power, the Taliban in 1996 captured Kabul, overthrowing President Rabbani in power who is one of the founding fathers of the Mujahedeen that resisted Soviet occupation. Years after President Rabbani regime fell in the hands of the Taliban, the group took control of almost 90% of Afghanistan as it now happens in 2021.

In 2001, it took America two months to topple the Taliban in Afghanistan and root out Al-Qaeda in the wake of the 9/11 attack but 20 years later, the tenacious Taliban rose again and seized power, and Afghans are now trapped in a circle of violence and misrule with no end in sight. The U.S-led war in Afghanistan is the longest in American history, lasting 20 years, an invasion which led to negative consequences like the American effort to turn South Vietnam into a communist bulwark in Southeast Asia failed.

“We can and we should help others to help themselves, but the fate of responsible men and women everywhere, in the final decision, rests in their own hands, not in ours”, said the US President, but that President was not Joe Biden but rather Gerald Ford on April 23, 1975, in his address at the Tulane University, a devastated speech to South Vietnamese who are in dire and desperately need for the U.S support as the North Vietnamese forces surrounded the Saigon the capital city of South Vietnam for the final assault, which weeks later South Vietnam ceased to exist. Forty six years later the United States makes same mistake of the 70s as President Biden echoed the same sentiment of President Ford by putting the fate of ordinary Afghan on the shoulders of their government and ill-military. He said, “The right and the responsibility of the Afghan people alone to decide their future and how they want to run their country”, unlike South Vietnam, months after Biden statement Afghanistan collapse and fall in the hands of the extremists Taliban and a possible reinstitution of strict Islamic law.

As Taliban prepared to took power once again and the subsequent escorting of women home from their workplace in Azazi Bank of Kandahar, it all seems the hard fought campaign of women rights of the past 20 years will be reversed, from 1996 to 2001, the Taliban introduced a punishment in line with their ultra strict interpretation of the Sharia law, a punishment that range from execution of murderers and adulterers in public, amputations of hands for those found guilty for the offence of theft, no mixing of genders, enforcement of Burqa, ban of music, compulsory attendance at mosques and so on while targeting of judges, women in position of power, journalists, activists in the last seven months suggest that the vicious Taliban has not change their extreme radical ideology but rather rules of engagement on their key strategy of silencing this key actors. Now victorious Taliban are patrolling the city of Kabul while it citizens are in rush to fled the country fearing the misrule and brand rule of 2001 will be enforce in 2021 suggest the United States got it wrong at the very first place to invade Afghanistan without a plan B of proffering solutions after it topple the Taliban in search of Bin Laden.

The long standing war is finally at the corridor of Taliban after a devastating 20 years conflict that saw more than 40,000 civilians killed by the Taliban and the U.S led forces and at least 64,000 Afghan military and police and nearly to 3,500 international soldiers including private soldieries were also killed in a war that cost the United States almost $1 trillion, the chapter book is now to be closed but the American has never learn it lesson from the aggressive campaigns mounted by the CIA and setting the stage for Afghanistan collapse, so also it military interventions which led no positive result like the 1983 deployment of U.S Marines to Beirut, 1986 bombing of Libya and the role it play alongside NATO in the same Libya in 2011, and the setback and defeats it recorded in Somalia, Iraq, Syria, Iran, Mali, Burkina Faso, to supposing Saudi led-coalition in Yemen, and again Afghanistan. The U.S has now closed it book on its longest war, a lost war but Afghans are now left with no option but rather submit themselves to Taliban.

And Fani Kayode Returns To His Vomit

2023 Presidency: Woman Can Take Over From Buhari – Emir of Keffi, Alhaji Shehu Yamusa 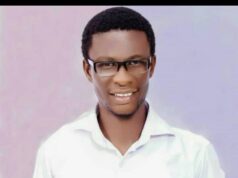 “A Woman Has No Religion, Surname, Permanent Home Until She Gets Married” – Man Insists