Toke Makinwa has responded after she was called out over how her face looks.

The media personality shared a video and Twitter users took a screenshot from the video and shared on Twitter.

They commented on her mouth and some accused her of spoiling her face with plastic surgery.

Toke reacted, making it clear that it’s a filter, not surgery. 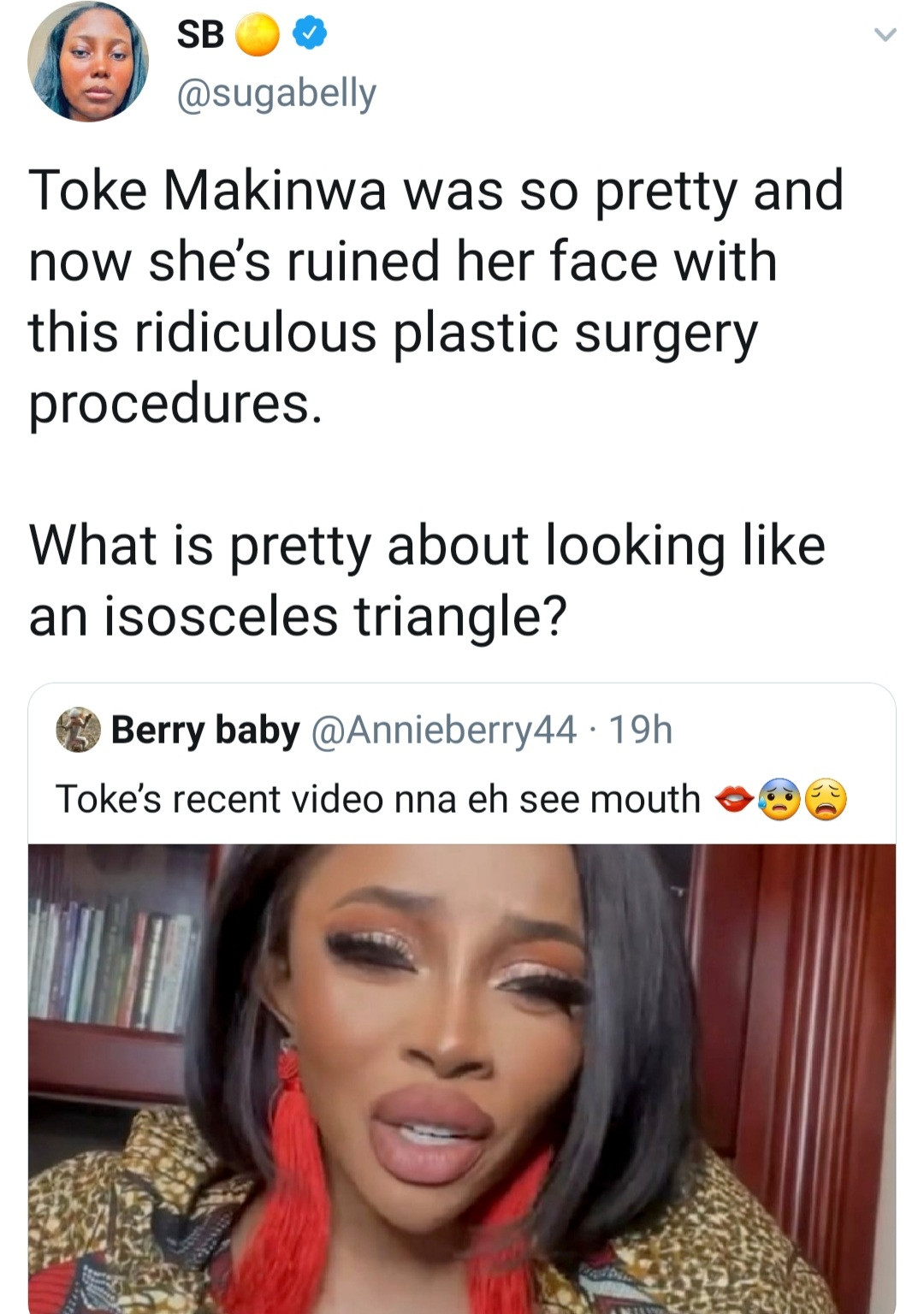 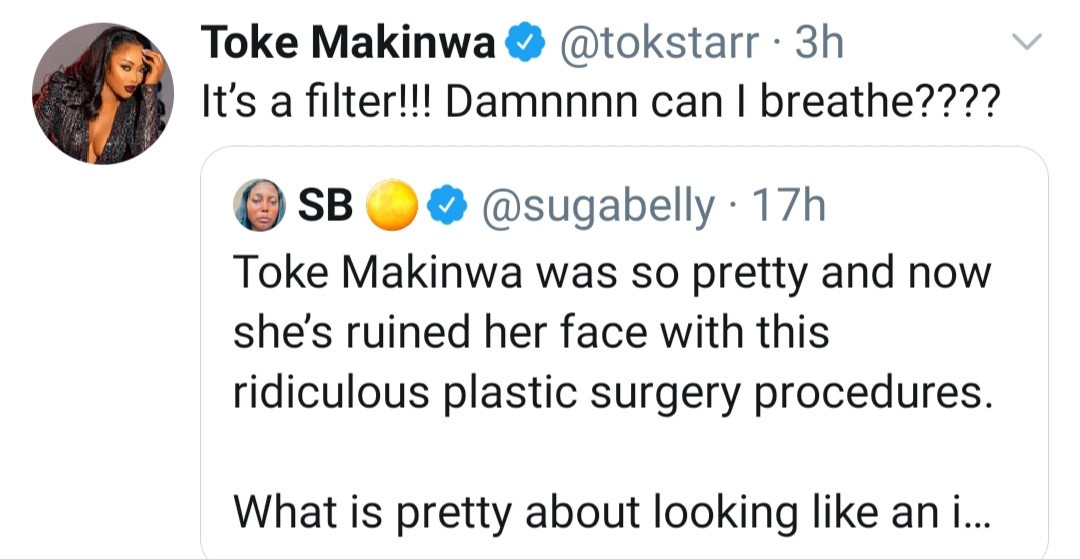